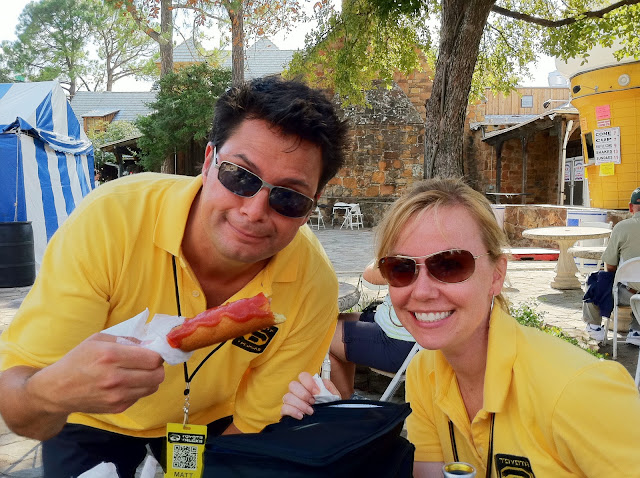 Matt hit up Fletcher's Corny Dog. I haven't had my annual treat....yet.

Ah, Red River Rivalry weekend....for those of you not from Texas or Oklahoma, this is a huge football weekend between OU and UT that occurs each year at the Cotton Bowl at the State Fair of Texas.  As someone who went to a high school and a university without a football team, it is sometimes an overwhelming venture.  It's fun to watch everyone decked out in their school colors and see how passionate the fans are about their respective teams.  I am still trying to figure out how a punter and a place kicker differ on the field and why five minutes in football takes twenty minutes in real time.  Nonetheless, I survived my third Red River Rivalry weekend with flying colors....yellow and black. 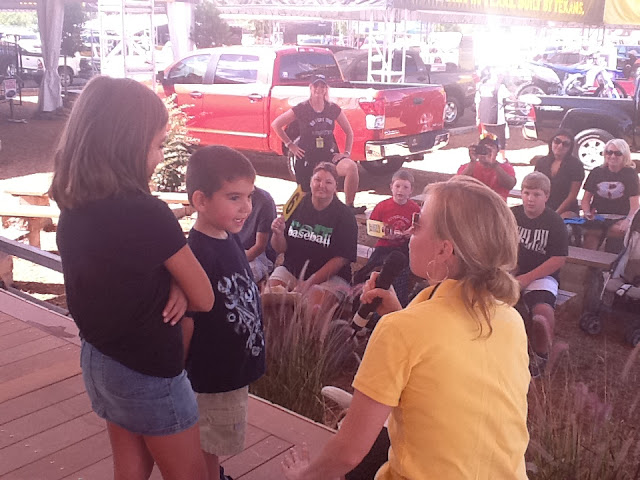 My cute little opening show announcers while Trackside Tina, our racing expert looks on from the audience. 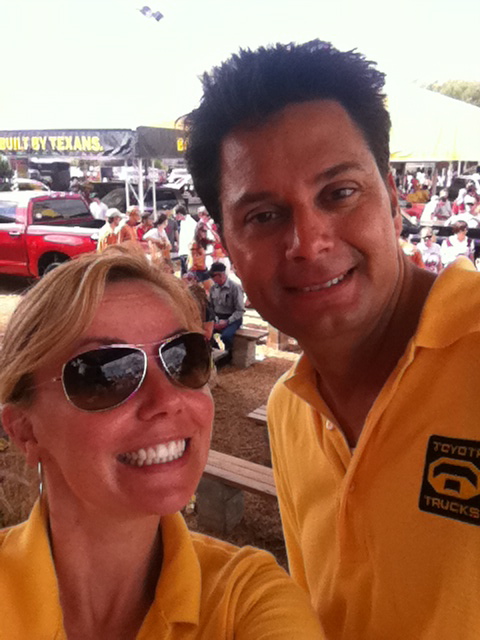 Immediately following the game.  We survived!  Sweaty, but rather gleeful. 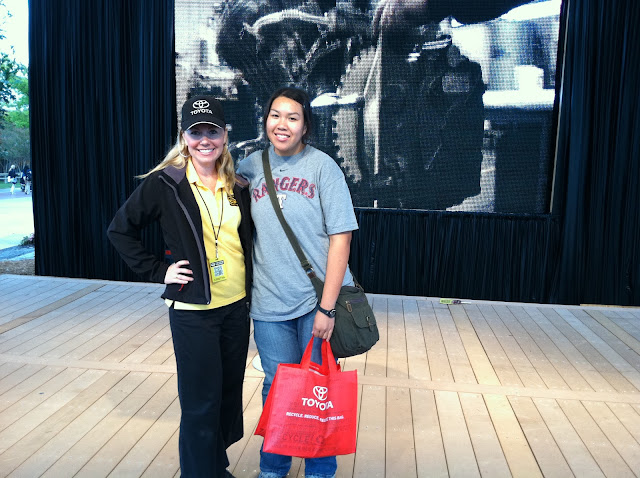 I've been tweeting for Toyota Trucks while at the fair. Crystal is one of Toyota's most enthusiastic fans and she came out to say "hi".  We were so happy to finally meet her! 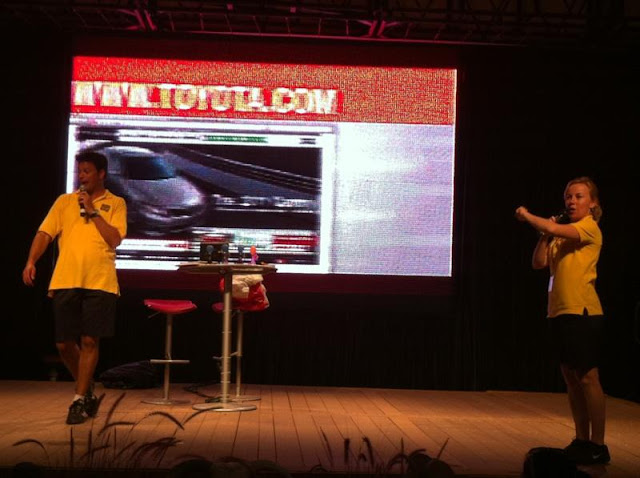 A night show!  It's been hot here, look how shiny I am! 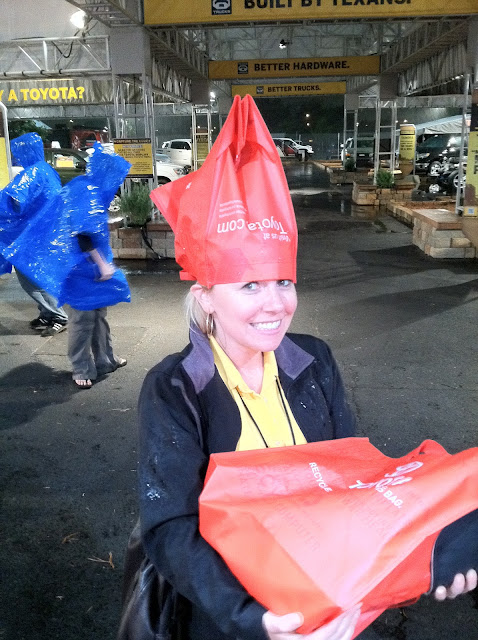 And then it rained.  I found a new use for Toyota bags on the way home....and I'm always advertising for them. 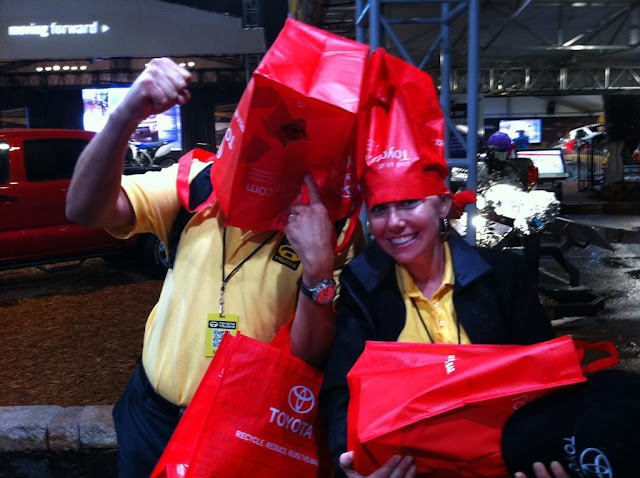 That would be my co-host also avoiding the rain. 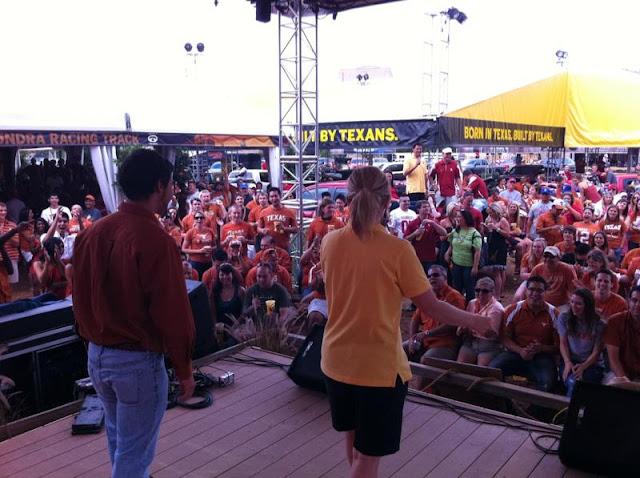 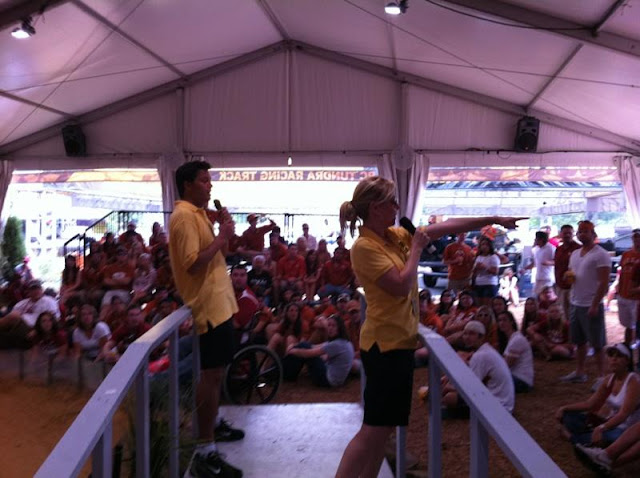 Hitting the RC Tundra race tent with a little bit of Toyota trivia. 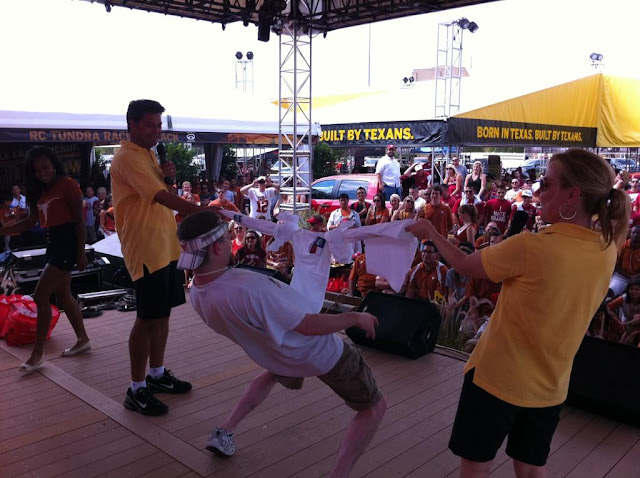 Limbo time!  Everyone made it through this game safely. Phew.  The crowds had been drinking for awhile when we began this game. 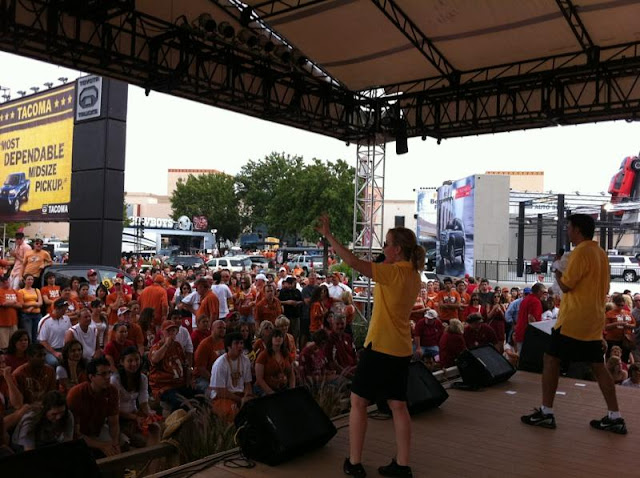 There were thousands of people in our display watching the game which was only a few feet away. 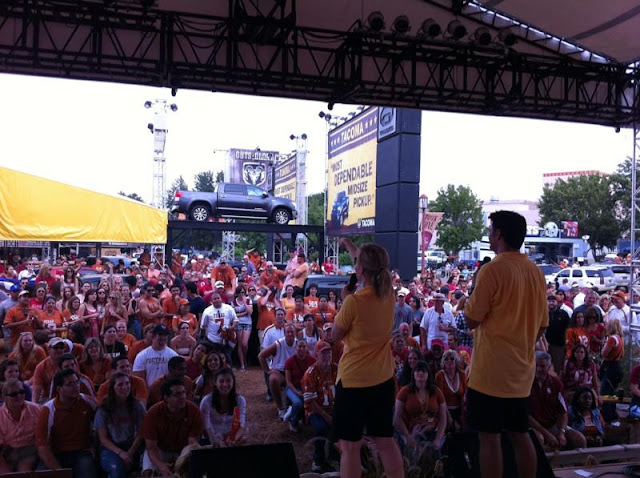 Posted by Kristyn Burtt at 7:00 AM