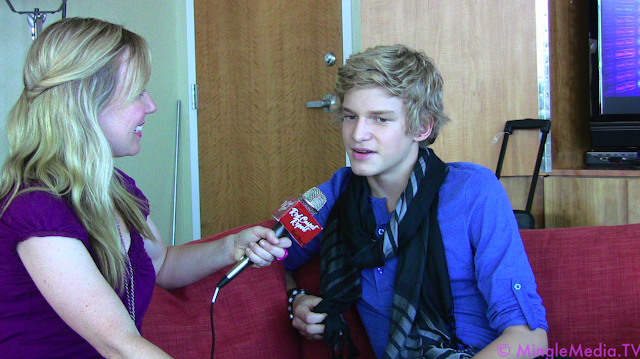 In August, I had the opportunity to interview some of the artists from Radio Disney's Next Big Thing (NBT) at the Renaissance Hotel in Hollywood for Red Carpet Report. We were ushered to the penthouse of the hotel on a hot summer day where Hollywood Ending and Shealeigh Daily were being coached by Australian pop singer, Cody Simpson. It was quite an exciting day for the artists since they had the opportunity to perform with Cody and I know they were just thrilled to be in Hollywood.  It was hard to keep all of the day's activities secret since the information was embargoed until now.  So, now that the secret is out, enjoy the photos and interviews!  Be sure to stay tuned to Radio Disney today for Cody Simpson's Jam Session with NBT's Season 4 contestants.

Read the comments on the YouTube page, Cody Simpson's fans LOVE him.....


I had a blast with Shealeigh and hello, look at those awesome yellow nails...... 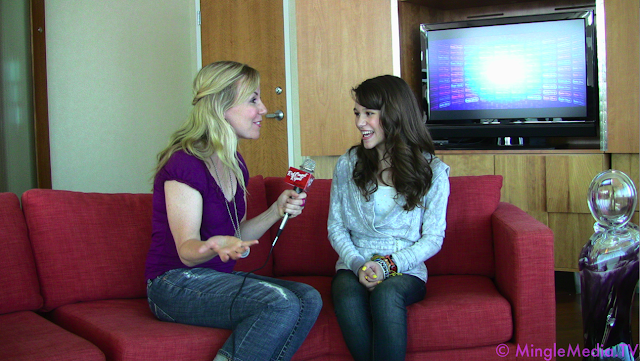 
Okay, the Hollywood Ending fans are mad at me because I didn't let them all talk at once.  You try interviewing 5 guys at once.  It's hard work! Regardless, it was fun finding out who is the messiest, the bossiest, and the one who takes the longest to get ready..... 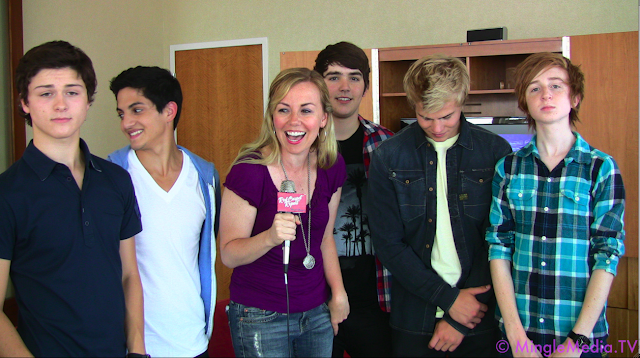