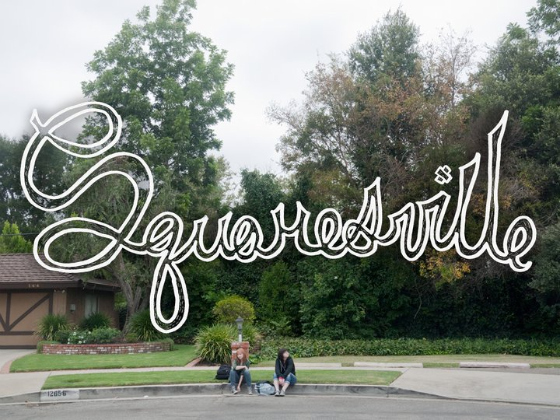 Over a year ago, I was asked to play a role in a web series pilot called Squaresville.  I reminded the creator of the series, Matt Enlow, that I am definitely not an actress, but he reassured me that the role was a TV reporter.  Surely I could handle that, right?  We shot my scenes the night before I left for a month at the State Fair of Texas in 2010. In the following months, I was able to meet the incredible stars of the series, Mary Kate Wiles and Kylie Sparks, who play the inseparable duo trying to fit in a world that sometimes makes us feel like you can't ever fit in.  Their tag line is so fitting:  "They say it's hip to be square.  Sometimes I am not so sure."

Well, the series is now raising funds to complete production and they have 18 days left to complete their $12,000 goal.  They have hit a series of milestones and they continue to release minisodes after each goal is met.  My cameo appeared yesterday, how did I do? Well, you can watch it all below, let me know what you think!

To learn more about the series:  Tubefilter article

To donate to the series:  Kickstarter