My Top 5 Favorite Photos From Paris

Well, I'm back!  Although I don't feel like I am back given the jet lag I am suffering from.  Zzzzzzzzz.. during the daytime hours and wide awake in the middle of the night.  I need to get over the jet lag quickly though given that I start a job today.  I decided that instead of overwhelming you with the hundreds of photos I took, I would rather show you my Top 5 favorite photos from the trip.  I will share a few other photos later in the week with a couple of posts on my favorite stops in Paris and a few travel tips for your next big trip. Allons-y! (Let's go!) 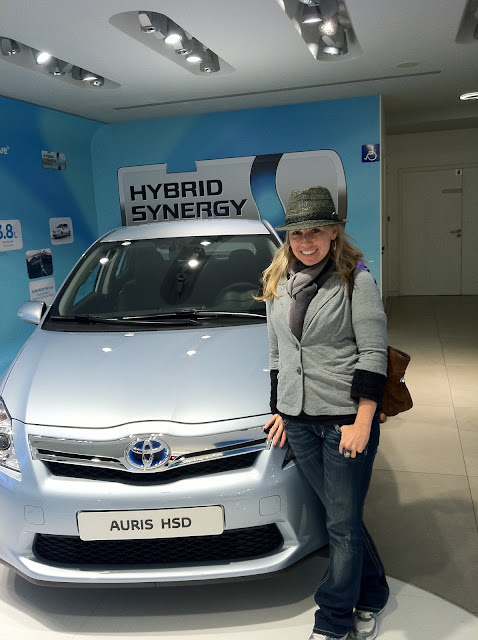 1.  Who else goes to Paris and visits the Toyota showroom?  I am a total dork, but I am an all company girl and I love  that Toyota has a showroom that doesn't sell anything.  You can look at the cars, but it's not about purchasing.  It's about having a presence on one of the most prestigious shopping boulevards in the world, Champs-Elysées.  I posed with the Auris Hybrid which is not available here in the States....and yes, it was cold that day. 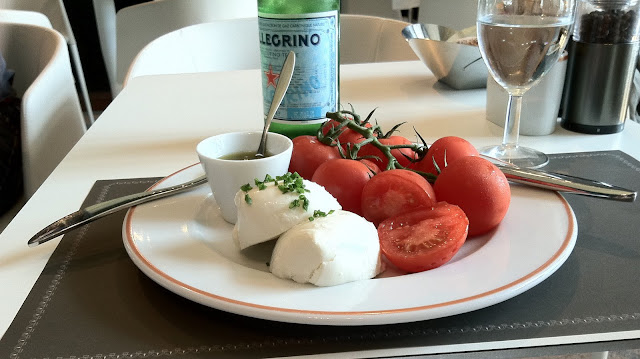 2.  I have titled this photo:  "Make Your Own Damn Salad!".  I ordered a basil, mozzarella, tomato salad at Angelina's at Le Louvre.  They delivered the salad with 6 petite, vine-ripened tomatoes still on the vine, fresh basil olive oil, and incredible mozzarella.  I laughed when I had to assemble the whole thing myself, but it was worth it.  And let me tell you, the myth that Americans are fat and the French are skinny is true.  I will talk about this more later this week, but boy-oh-boy, there is such a huge difference in food choices and portion sizes. 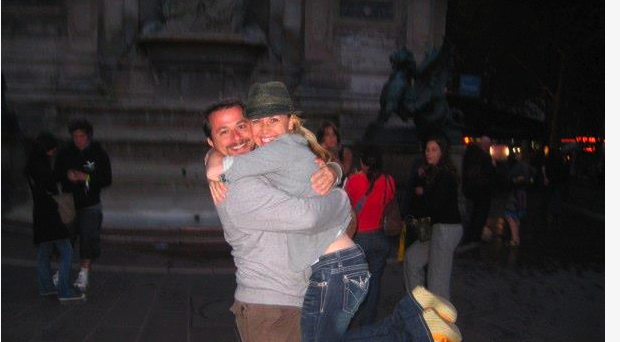 3. My trip to Paris was so last minute primarily because I booked a job there.  There wasn't time to invite friends to come with me, but I lucked out that my pal, Crabby, was in town the same time I was and my friend, Lydia, came in from Switzerland for a day.  The photo is of me and Crabby at Place-Saint Michel.  It was nice to see a familiar face after a week by myself. 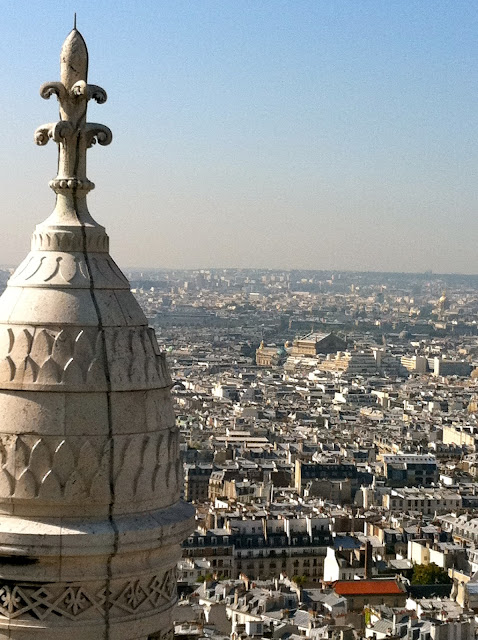 4.  On my last day in France, I decided to go to Monmartre and hit the Basilique du Sacré-Coeur.  Honestly, it wasn't on my radar until I got to Paris.  I knew of Sacré-Coeur from Art History class, but I didn't think it was a must visit....well, it is.  After I climbed up the hill to get there and then another 300 steps up to the dome, it was well worth burning the calories for the breathtaking views of Paris. 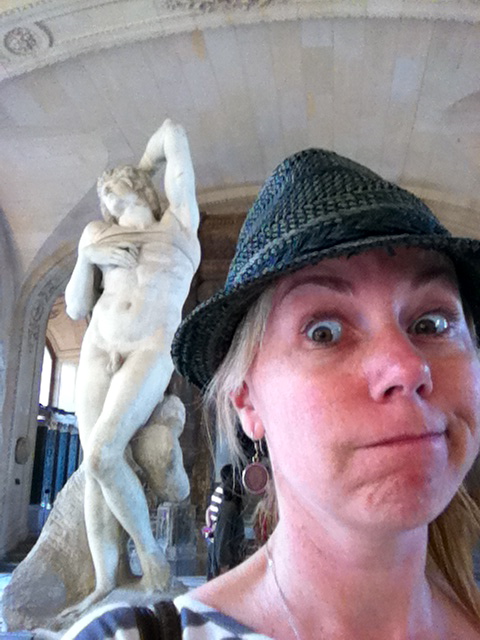 5.  By the time I hit Le Louvre, I was a little cultured out.  I ran from room to room to see all of the important works and that is when I started to get goofy.  This is me posing with Michelangelo's Dying Slave sculpture.  I know, I know, my behavior is inappropriate, but the room was filled with naked men, I had to react!


I'll be back with more appropriate and inappropriate photos this week with travel tips, my thoughts about the food, and  my favorite things to do in Paris.  Passez une bonne semaine!
Posted by Kristyn Burtt at 6:38 AM