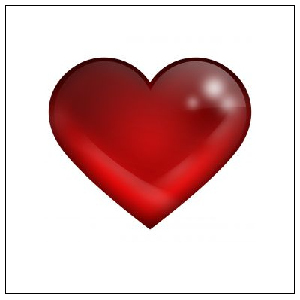 I was planning on doing a light and fluffy post today with photos of my show and my time here at the State Fair of Texas, but I watched a video yesterday created by my friend, Michael Buckley AKA Buck.  If you aren't familiar with Michael and his show, What the Buck?, I encourage you to head over to YouTube and subscribe to his show.  It's the perfect pop culture round-up of reality TV, celebs, gymnastics, figure skating, and Broadway shows.  Honestly, Buck is the perfect man for me. (Shhh, don't tell my boyfriend.)  He talks about everything I love.  Well, yesterday, he created a video that moved me to change my post and share it all with you.   If you have been following the news this week, there have been several high profile stories about two young men committing suicide after being bullied by their peers for being gay. (See the stories here and here.)  Both separate incidents, both in different parts of the country. Think about what the poor families are dealing with right now......okay, now watch this video:

I hope you were as moved as I was by Buck's message.  It's no secret that I have been a huge supporter of the NOH8 Campaign, but I feel like I need to take it up a notch in light of this week's news.  For every heterosexual person reading this, think back to your youth.  What were you teased about?  For me, it was my red hair.  I was called "Peppermint Patty or Annie or Pumpkin Head".  Okay, it's kind of funny now.  If I really hate my red hair as an adult, I can change that.  In fact, I am really blonde at the moment for an upcoming job.  If you were teased for being overweight, you can hop on a bike, eat better, and lose weight.  You can change that.  You cannot change being gay.  It is not a "lifestyle" or a "choice".  Buck even mentions he knew he was gay when he was four years old.  America, it is time to wake up and treat EVERYONE with love, kindness, and support.  Isolating, condemning, or teasing people for being different from you is not okay.

There is now a campaign to offer support to gay youth to understand that, "It Gets Better".  The project was started by Dan Savage, a journalist who for years has penned the column, Savage Love.  I remember his work in The Village Voice from my days in NYC.  I am posting his column explaining the project and the reason behind its inception.  The article offers more information on the videos that have been created for the project, links to the YouTube channel, but most importantly, it offers HOPE to gay youth.

I just read about a gay teenager in Indiana—Billy Lucas—who killed himself after being taunted by his classmates. Now his Facebook memorial page is being defaced by people posting homophobic comments. It's just heartbreaking and sickening. What the hell can we do?
Gay Bullying Victim Who Survived
Another gay teenager in another small town has killed himself—hope you're pleased with yourselves, Tony Perkins and all the other "Christians" out there who oppose anti-bullying programs (and give actual Christians a bad name).
Billy Lucas was just 15 when he hanged himself in a barn on his grandmother's property. He reportedly endured intense bullying at the hands of his classmates—classmates who called him a fag and told him to kill himself. His mother found his body.
Nine out of 10 gay teenagers experience bullying and harassment at school, and gay teens are four times likelier to attempt suicide. Many LGBT kids who do kill themselves live in rural areas, exurbs, and suburban areas, places with no gay organizations or services for queer kids.
"My heart breaks for the pain and torment you went through, Billy Lucas," a reader wrote after I posted about Billy Lucas to my blog. "I wish I could have told you that things get better."
I had the same reaction: I wish I could have talked to this kid for five minutes. I wish I could have told Billy that it gets better. I wish I could have told him that, however bad things were, however isolated and alone he was, it gets better.
But gay adults aren't allowed to talk to these kids. Schools and churches don't bring us in to talk to teenagers who are being bullied. Many of these kids have homophobic parents who believe that they can prevent their gay children from growing up to be gay—or from ever coming out—by depriving them of information, resources, and positive role models.
Why are we waiting for permission to talk to these kids? We have the ability to talk directly to them right now. We don't have to wait for permission to let them know that it gets better. We can reach these kids.
So here's what you can do, GBVWS: Make a video. Tell them it gets better.
I've launched a channel on YouTube—www ­.youtube.com/itgetsbetterproject—to host these videos. My normally camera-shy husband and I already posted one. We both went to Christian schools and we were both bullied—he had it a lot worse than I did—and we are living proof that it gets better. We don't dwell too much on the past. Instead, we talk mostly about all the meaningful things in our lives now—our families, our friends (gay and straight), the places we've gone and things we've experienced—that we would've missed out on if we'd killed ourselves then.
"You gotta give 'em hope," Harvey Milk said.
Today we have the power to give these kids hope. We have the tools to reach out to them and tell our stories and let them know that it does get better. Online support groups are great, GLSEN does amazing work, the Trevor Project is invaluable. But many LGBT youth can't picture what their lives might be like as openly gay adults. They can't imagine a future for themselves. So let's show them what our lives are like, let's show them what the future may hold in store for them.
The video my husband and I made is up now—all by itself. I'd like to add submissions from other gay and lesbian adults—singles and couples, with kids or without, established in careers or just starting out, urban and rural, of all races and religious backgrounds. (Go to www.youtube.com/itgetsbetterproject to find instructions for submitting your video.) If you're gay or lesbian or bi or trans and you've ever read about a kid like Billy Lucas and thought, "Fuck, I wish I could've told him that it gets better," this is your chance. We can't help Billy, but there are lots of other Billys out there—other despairing LGBT kids who are being bullied and harassed, kids who don't think they have a future—and we can help them.
They need to know that it gets better. Submit a video. Give them hope.
Posted by Kristyn Burtt at 5:56 AM