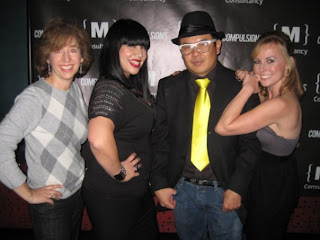 Every premiere, red carpet, and launch party in LA has a look and a style to it and this party was no different. The theme of the night? Dark, black, a hint of color here and there, hot shoes, and a fedora or two. Come join me as we take a look at the fashions of the night in The Web Files Weekend Web Watch Exclusive:
Producer Robert Grand offered up some great advice to young filmmakers at the Compulsions premiere. 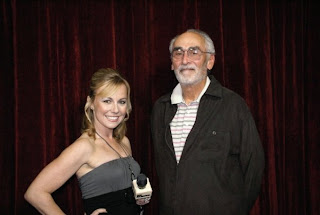 I told you he was tall! (Andrew Clemons) 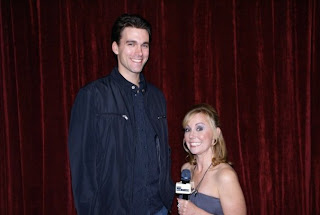 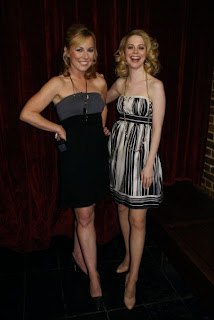 The Fedora Mafia in the house! Aaron Kaiser and Bernie Su. 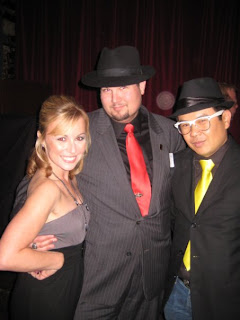 The prolific web series actress, Taryn O'Neill, of After Judgment, HTSAAAR, The Crew, and Compulsions. Did I miss anything? 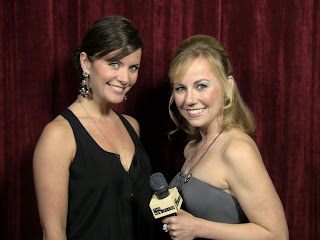 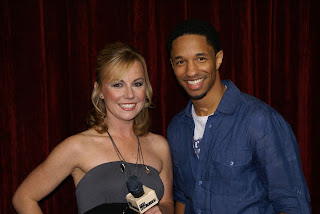 As promised, our exclusive video of the fashions of the night!
If you missed our full Compulsions coverage, you can find it all here: Compulsions Premiere.
For the shout outs to Bernie on his big night, go here: Congratulations, Bernie!
Our original interview with Bernie Su and Producer, Michael Tohl: The Web Files, Episode 16.
And the best birthday present of all! (Thanks, Sandy and Perry!): KB's Birthday!
That's a wrap on Compulsions coverage. I hope you had as much fun as we did! Up later this week, a look at This Week in YouTube with Shira Lazar and Lon Harris.
Posted by Kristyn Burtt at 12:00 PM