July arrives and The Web Files officially launches! We had a premiere party, I took off for vacation, and we continued to shoot more episodes all geared for the web space......and I cheated on this entry. I had to do 8 photos to accommodate all of the events surrounding The Web Files:
Kicking off the month with my annual 4th of July trip to the lake. I'm here with my puppy posing for a patriotic photo: 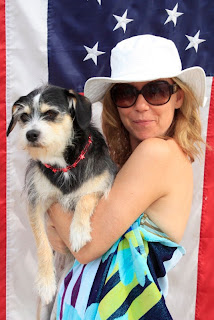 The first official image for The Web Files is launched with our press release and a trailer. 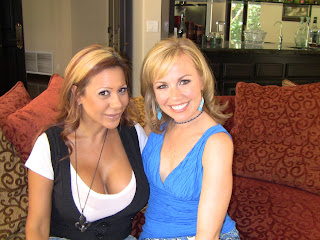 The queen of the web space, Felicia Day of The Guild. I guess I didn't need to introduce her, right? She's there with her producer, Kim Evey, on the red carpet of iTVFest. A coming out party for Web TV on the festival circuit. Episode: iTVFest. 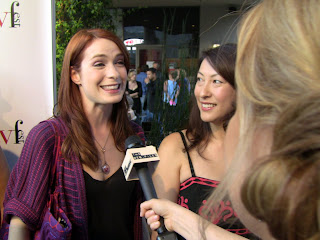 One of the most hilarious episodes we have ever shot was with Gary Valentine of Dusty Peacock. We stuck him on a scooter and away we went. He was a great sport and a really nice guy. We are here with one of our makeup artists, Marybeth Bagonghasa. Episode: Dusty Peacock. 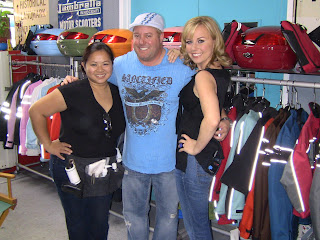 We've launched! So it's time to party! A fun night with Ariel Lazarus of The Crew, Stephen Leonard of My Life Plus Animals, and fellow host, Lindsay Caldwell. 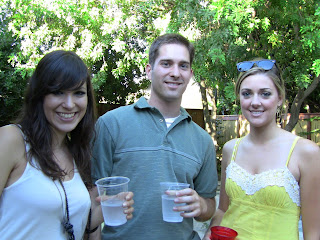 In between all of this, I hosted a couple of events for Women's Health Magazine's "Are You Game?" in Chicago and NYC. I took a few minutes off to jump and flip...... 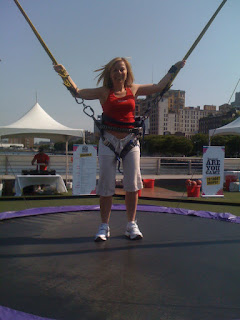 Yes, it's Dave and Tom of Safety Geeks: SVI. We had a fun day on set working with the green screen. Check out their episode here: Safety Geeks:SVI 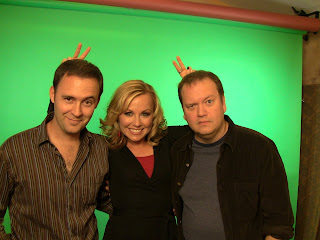 Phew! That's July. I am hoping to stick to the rules and do it in 5 photos or less the rest of the year. Fingers crossed.

Posted by Kristyn Burtt at 7:16 AM