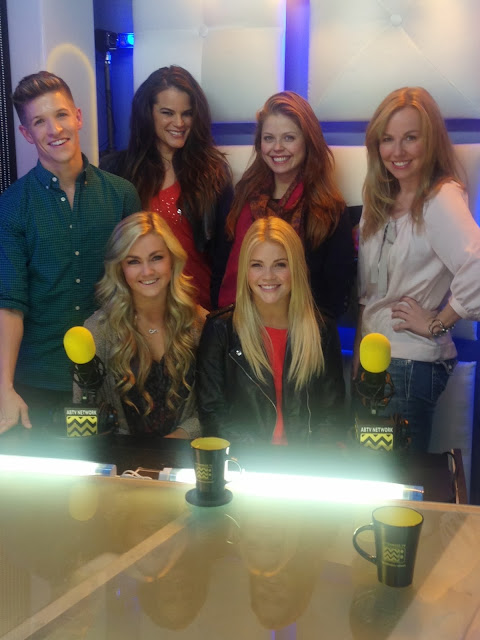 It has been four weeks since the entire AfterBuzz TV crew was in studio together. It was a rowdy night in the studio! From Witney's mom calling in to Anna giving some on point critiques, it was anything but boring. A few of you have asked if Suri was implying that the producers manipulated the exit of Snooki. None of us have any concrete evidence, but it sure feels that way.

As for Bill Engvall, he has proven to be the most loved man this season. Witney and Lindsay talked about how sweet he is and the fact that he was willing to sacrifice his own journey to save Snooki says a lot about his character.

The article I referred to from E! News is here.
After you read that, read Val's Today Show blog for follow-up information here.

Thanks to Witney Carson and Lindsay Arnold for joining us. I love that their friendship has taken them on such an incredible adventure. Fingers crossed that their schedule will work out for a visit to AfterBuzz for a Season 11 SYTYCD appearance.

Next week's guest is Tyne Stecklein.

Posted by Kristyn Burtt at 6:59 AM