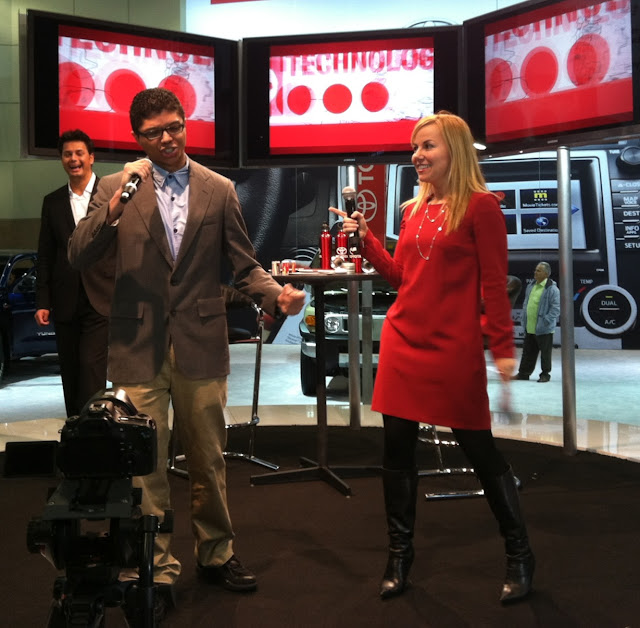 It's always fun to have guests on Toyota Live and this weekend was no exception.  We had a few fun guests to liven up a very busy weekend at the LA Auto Show.  First up, Tay Zonday, a YouTube sensation from his video, "Chocolate Rain".  If you haven't seen it yet, where have you been?  He has over 74 million hits.  When I first interviewed him for The Web Files in 2009, he "only" had 34 million hits.  Tay has one of the best voices in the world in terms of depth and vocal quality.  It was awesome to have him open up the show.

Our scheduled guests for the show included Toyota NHRA drag racers, Del Worsham and Alexis DeJoria.  Del's top speed in one of his top fuel dragster?  Only 327 MPH.  Pretty impressive from a world champion.  Alexis comes to the NHRA with an interesting background as her dad owns the Paul Mitchell hair care and the Patron tequila empire.  You wouldn't expect someone with that background to enter the NHRA circuit, but she's an incredible driver with an exciting future after her big win in Seattle this year.


Me, Del Worsham,Trackside Tina, Alexis DeJoria, and Matt Troyer after the show. 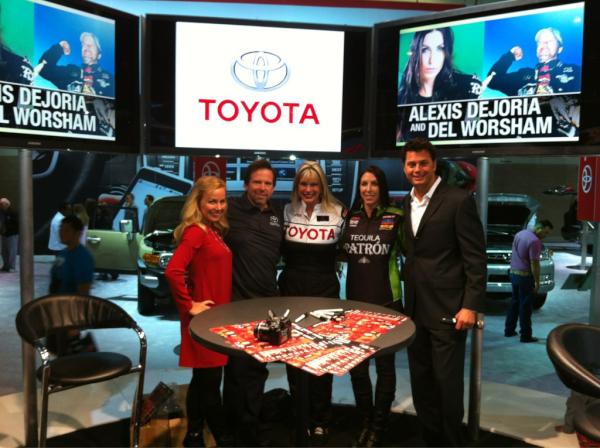 Finally, I love this photo (see below)!  You look at a photo like this and think, "what the heck is going on?"  Well, it's your turn to caption the photo.  Leave your quote in the comments below.  I will pick a winner on Monday, November 28th.  I have a great prize for the ladies filled with makeup and mani/pedi goodies.  If a gentleman wins, don't worry, I will find something good for you in the KB prize closet.  Ready, set...be creative!

What the heck is going on here? 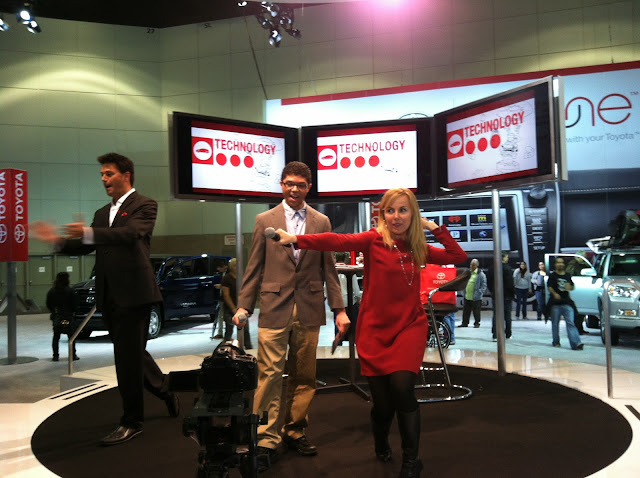 Posted by Kristyn Burtt at 9:47 AM