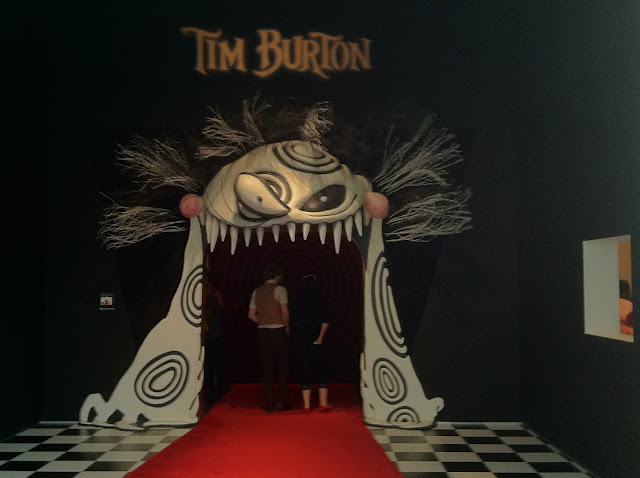 Yesterday was one of those days when I took the opportunity to enjoy one of LA's wonderful museums.  I headed out to the Tim Burton exhibit at LACMA, Los Angeles County Museum of Art on Miracle Mile with my talented writer pal, Bernie Su.  It is an incredible retrospective of Burton's career (so far) with highlights from Alice in Wonderland, Beetlejuice, Edward Scissorhands, Nightmare Before Christmas, Sweeney Todd, and more.  It is fascinating to see a young boy who was born in Burbank, a fairly suburban part of LA, turn into a master of quirky characters.  His sketches reflected his talent early on from his success in the Burbank Fire Prevention Poster contest to his early storyboards and comics.  If you are in LA, take advantage of the exhibit which runs through October 31, 2011 and tickets are $20. 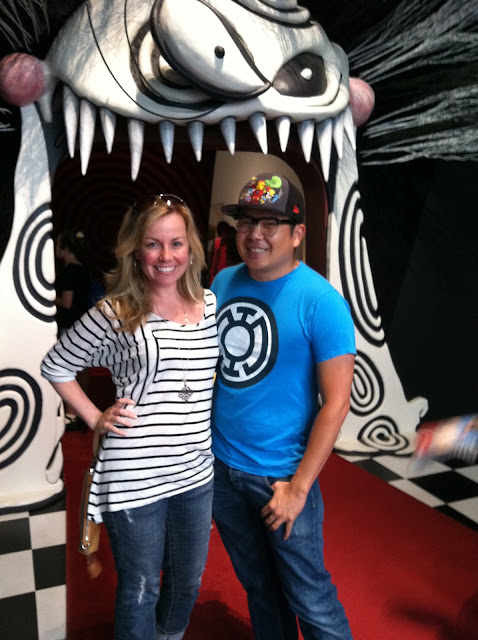 Me and Bernie Su!  I can't stop wearing this shirt. 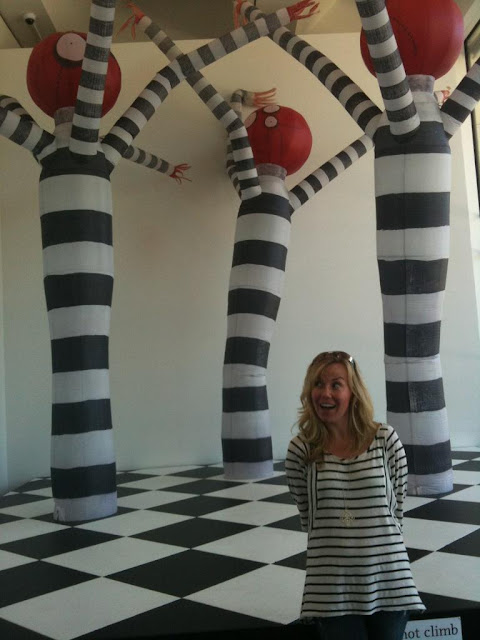 There are a lot of stripes going on in this photo! 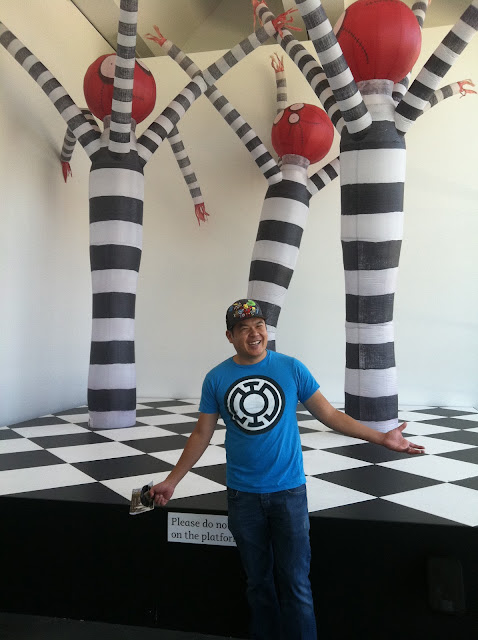 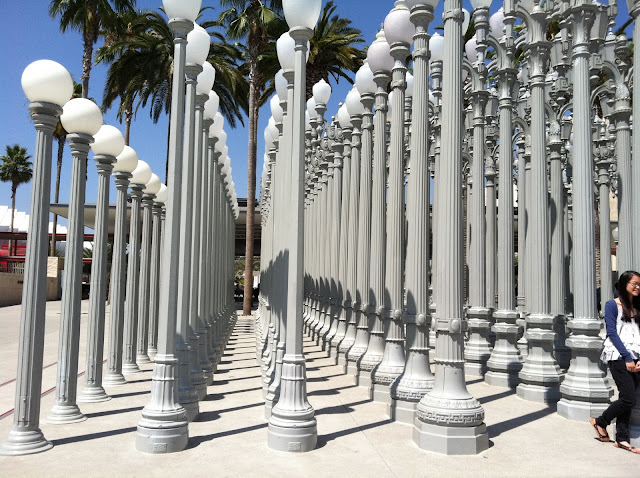 Awesome lamp post installation outside of LACMA.  It's even more beautiful all lit up at night. 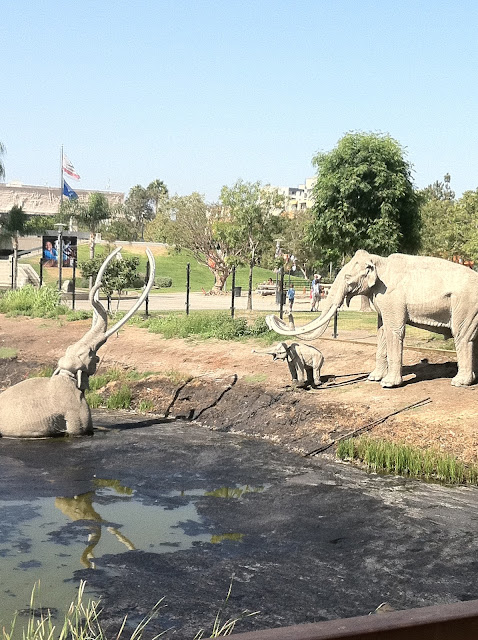 The famous La Brea Tar Pits outside of LACMA and yes, it smells like tar.

Posted by Kristyn Burtt at 7:56 AM