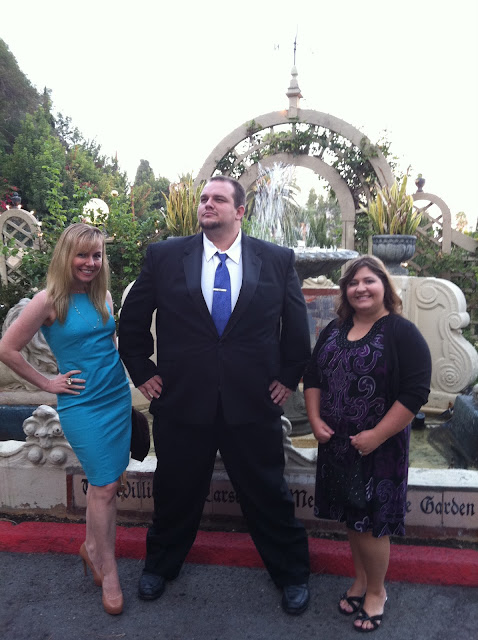 The crew before dinner.  Someone is mugging for the camera.

Last night, I had the opportunity to go visit The Magic Castle in Hollywood.  The Magic Castle is a private club for magicians that requires an invite from a member to go for dinner, drinks, and to attend the multiple shows that happen inside the club.  I had been once four years ago when a pal of mine worked as a server there, but last night, I was invited by Lee Allport of My Sentiment ExactLee (I appeared on her show post-Oscars/Tonys.)  She is in town from the East Coast covering Hollywood events, so I was happy to tag along for this part of her adventure.

Once you are invited to the Castle, there are several strict rules.  First, men must wear a suit and tie and ladies must wear cocktail attire. I happen to love this rule because it is rare to see a man in a suit in LA unless he's an agent (Think Ari Gold on Entourage.) or attending an awards ceremony. The other rule is NO photos inside the Castle. I think it adds to the mystery and allure to the club.  We were able to grab a photo inside the lobby, but once you go behind the walls, my camera stayed in my clutch. 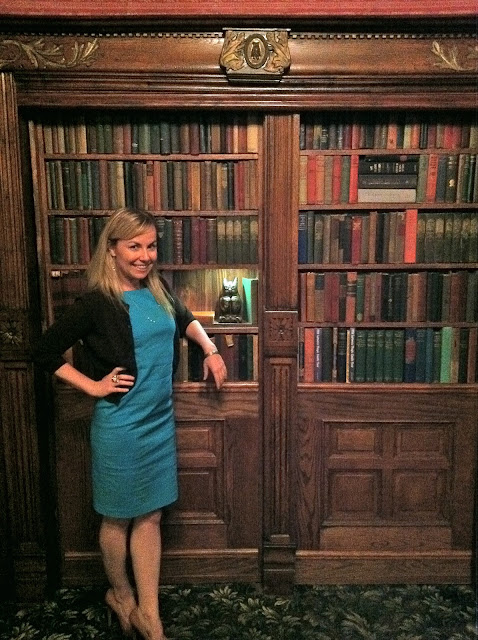 The club is hidden behind the bookcase. "Open sesame!"

After a delicious dinner of Lobster Mac and Cheese! and a Sweet Tea Martini (I should have grown up in the South because I love Sweet Tea, but alas, I'm a Yankee.), we headed to the Close-Up Magic Theatre where Adam Wylie was performing.  Adam is familiar to TV audiences from his years on Picket Fences and Gilmore Girls and to theatre audiences who are fans of Into the Woods and Wicked.  The Close-Up Magic room is always my favorite because all the magic is done.....er, close-up. I love the sleight of hand and how it fools the brain into thinking that cards have moved or disappeared.  I sat directly in front of his table and I still didn't catch the tricks.  I tried especially when he used me for a few of the card tricks.  Last night, I proved that I am no David Copperfield. 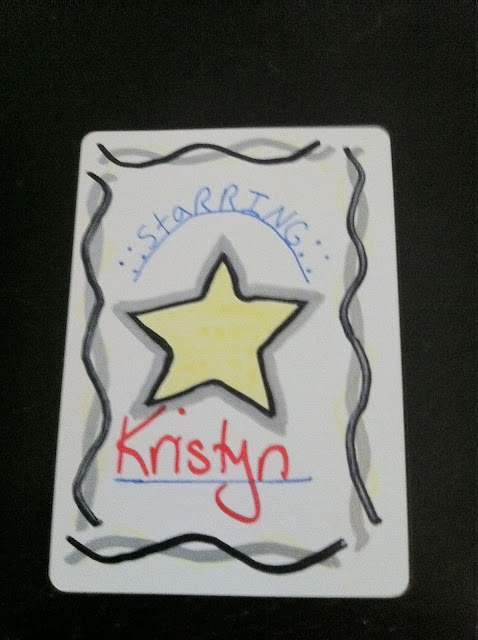 My special card from the Close-Up Magic Theatre.

Either way, The Magic Castle is a great night out in LA and don't forget to say "Hi" to Irma on the piano. She's the life of the party by the downstairs bar.  If you can get yourself an invite, make sure to accept and enjoy a night of magic in the club hidden behind the bookcase! 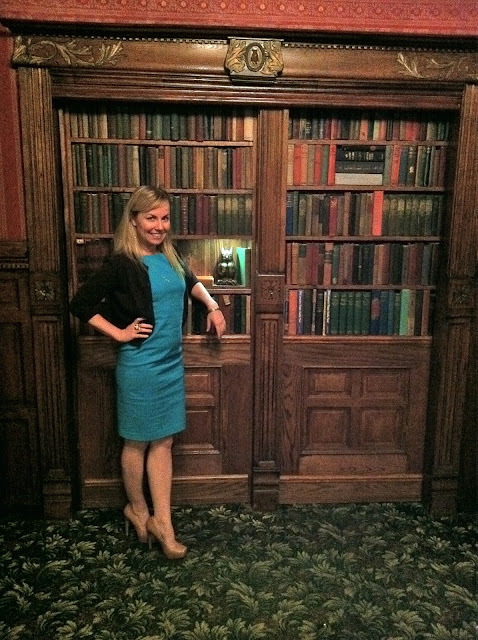 Posted by Kristyn Burtt at 9:29 AM