As you read this, I will be soaring high over the friendly skies to Paris. I will be checking in from time to time with a post and a picture or two.  You can always follow me here on Twitter or Facebook for further updates.

In the meantime, take a look at who stopped by my shoot at Paramount Studios:  Uh......Chevy Chase!  He films Community on the lot (I also saw a few of the Glee kids too.) and he completely crashed our set about 5 minutes before we went LIVE with the launch of the new 2012 Toyota Camry for Live Connect.  I so wish he stayed when we began the show, but alas, he had a tour group to photo bomb next.  It was hilarious and a pretty cool moment with a comedy legend. 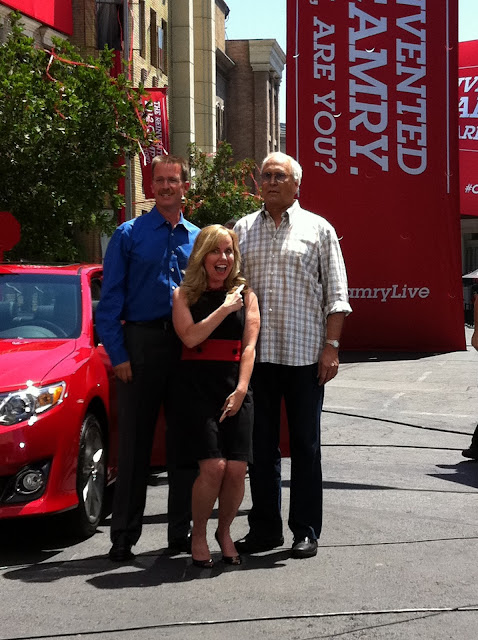 Yes, he's real and not a wax figurine from Madame Tussaud's.