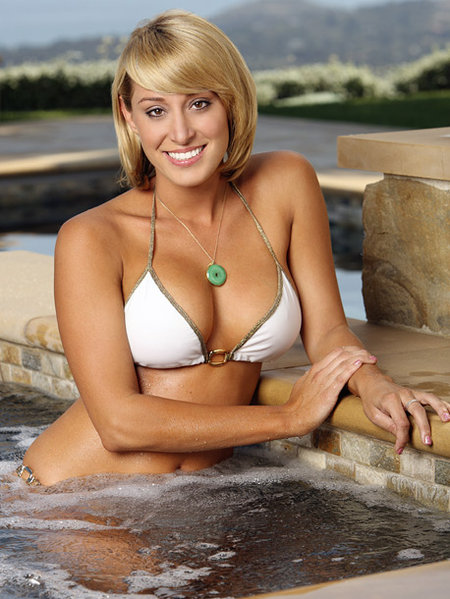 I've been notoriously critical of The Bachelor franchise, but we all know it is my own fault for even watching the manipulative, scripted (UPDATED:  One of my Bachelor pals corrected me and she would know, there is no scripting whatsoever on The Bachelor franchise.) reality show.  After spending another Monday night wasted on the couch watching Bachelor Pad 2 with the immature shenanigans of Kasey and Vienna, I was reminded of an interview I did with Vienna Girardi in September 2010 during Emmys Week.  I spoke a bit about my interview in a post I did after the event.  Hmmm, after last night's episode, I am not sure my 2010 assessment was correct.  If she hated the manipulation of The Bachelor franchise so much, why is she appearing on Bachelor Pad 2?  If it was so bad, wouldn't you stay far away from ever participating in a reality show again?  Money talks and when Mike Fleiss calls, most former Bachelor contestants say "yes".  Watch my interview with Vienna Girardi and let me know what you think: