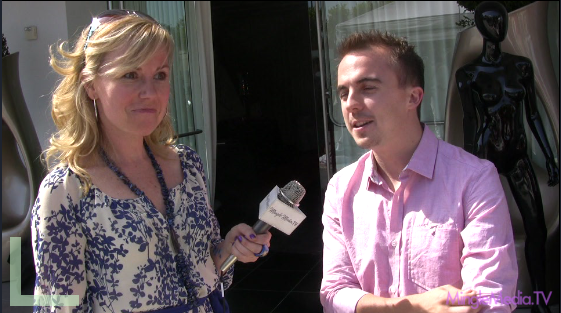 I spent yesterday at the SLS Hotel at the GBK Productions Gifting Suites in honor of the MTV Movie Awards. Yes, it's an awards show, let's give away free stuff to rich celebs!  You've seen my coverage of this A-List gifting suite for the 2010 Emmys, 2011 Academy Awards, and the 2011 Kids' Choice Awards.  I will share my coverage on Monday, but for now, caption this hilarious photo. What is going on between me and Frankie Muniz from Malcolm in the Middle?   Ready, set, go!