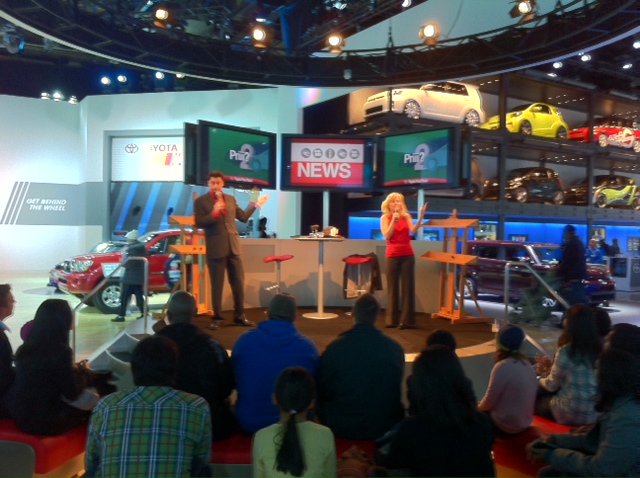 If you have been following me on Twitter, then you have seen my notes and comments on NAIAS.  Right after I finished the live internet broadcast of the Toyota Prius v in LA, I jumped on a plane to Detroit to the North American International Auto Show.  This is the fourth year we have hit Detroit with Toyota Live and I have to say, I am having a better time this year than previous years.  Yes, service is still slow and things still close down early, but the economy is looking up in this town and the automotive industry is a whole lot happier versus January 2009.  I ranted and raved last year about my visit and an electrical fire in Cobo Hall dampened one of the days, but I think Detroit and I have turned the corner and happily, we have a new understanding.  Check out a few fun photos from the first weekend of NAIAS:

Thanks to Joe Neuberger and Jalopnik for giving me the secret sign via Twitter to get my free CFL bulb from BYD Auto. 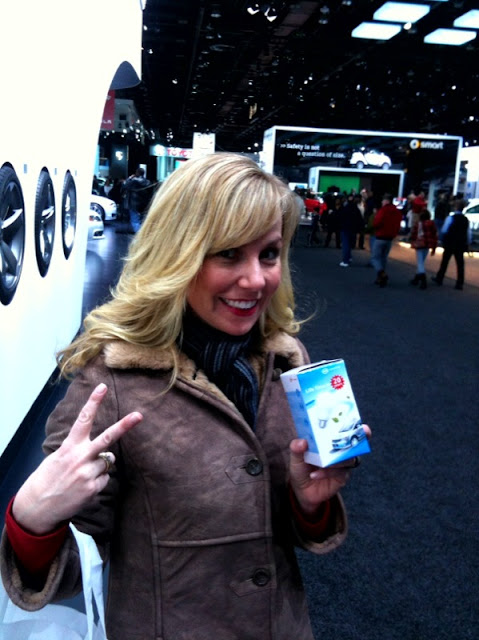 I am one big day-glow orange pumpkin head while being interviewed for a local news story. Ah, convention center lighting! 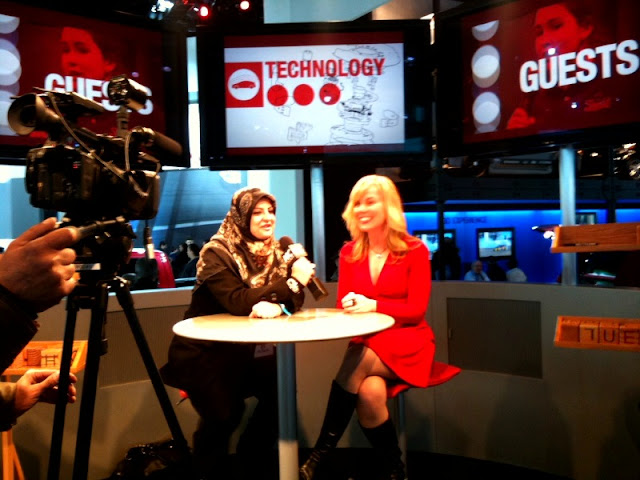 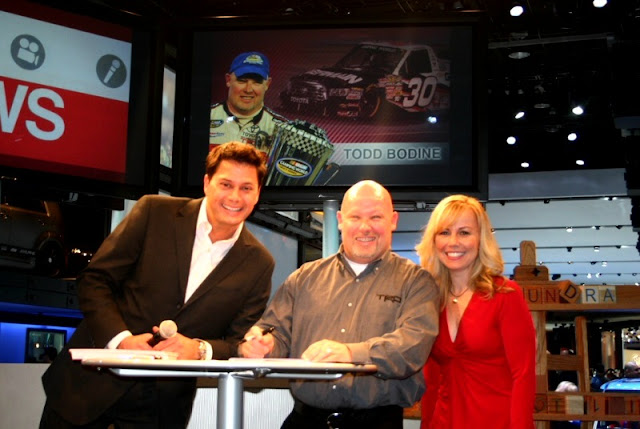