Congrats to the winners at iTVFest, we are thrilled that the cast of "Merrime.com" won for Best Comedy! The Web Files will be interviewing them later this month to catch up with some of the cast and creators. They have had a big summer and it should be enlightening to all to learn about the path they have taken for their web series. 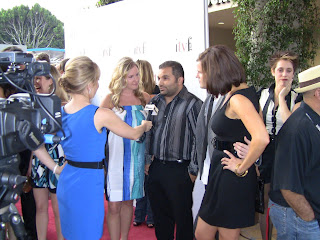 Of course, this cast took LA by storm while they were here. The cast of "Oz Girl" not only won Best Acting, but they also won in the Best Overall Web category. I expect big things from this group and I can't wait to watch it all unfold. We were so lucky to interview them while they were here. Look for their episode to appear on Wednesday, August 26th. 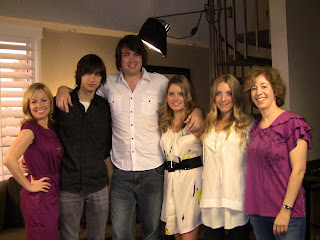 The entire crew of The Web Files worked overtime to deliver not one, but two videos about iTVFest's red carpet.
Part one can be found here: Red Carpet, Part 1
Part two is short, sweet, and hilarious. It offers everyone "Wisdom from the Red Carpet": Wisdom

We also want to thank Mathieas McNaughton for a really nice feature article on The Web Files and our coverage of iTVFest. He has been really supportive of the show and I can't wait to show him our Oz Girl show. Click here for Mathieas' article: Mathieas McNaughton.

And finally, we took tons of photos of all of the web series entries on the red carpet where you will notice a lot of familiar faces. If you missed them, start here: Photos, Part 1. Each entry will lead you to the next page, it is 3 parts of red carpet excitement! Until next year, The Web Files coverage of iTVFest is now closed.
Posted by Kristyn Burtt at 7:00 AM