More photos from iTVFest Opening Night Gala:
Tim Street of APE Digital and Drew Baldwin of Tubefilter giving the lowdown on the state of web series. The best part, it's good news! 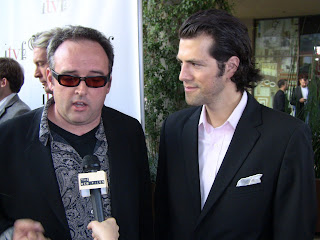 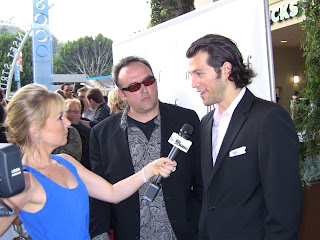 The cast and creators of MERRIme. I have had my eyes on this series for awhile, all thanks to the Stagedoor network of alumni. Yes, Kaily Smith and I went to the same theatre camp--musical theatre geeks unite! The Web Files has an upcoming episode with them, so you might catch a glimpse of jazz hands and highlights from Jack Romano's Cabaret. 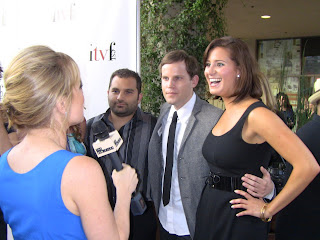 Congrats to Stephen Leonard for making a second consecutive appearance at iTVFest. This year his entry is "A Guy and His Beaver" in the animation category. Be sure to check out his work during the festival! 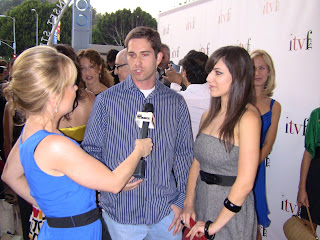 Another one of the international entries is from France with a suspenseful look at an American tourist caught up in an evil web of CCTV. Creator Laurent Touil Tartour has a fascinating series on his hands that he hopes to take to the big screen. 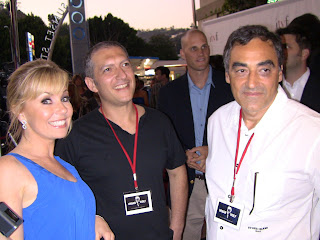 Tomorrow will be the final round of photos as a prelude to Monday's Web Series Day at iTVFest. So, come on back and check out the photos of a fun night on the red carpet.