Here they are, the remaining photos from the Gala. I chose a few of the absurd, fun, and caption-worthy for my last post. Starting right off with the "After Judgment" crew, Stephanie Thorpe and Mike Davies, as we discuss their future interview with The Web Files while I interview them on the red carpet. What a great way to do business..... 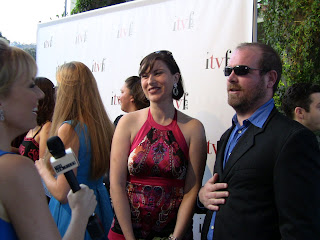 Who are going to interview next? Me and Shira Lazar looking for our next interview. Anyone? Anyone? 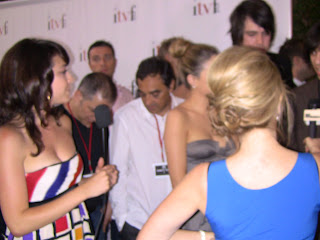 This was one crowded red carpet! We moved over further and further until we gave up and parked ourselves away from the red carpet to finish up the interviews. 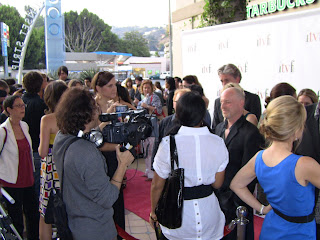 What are you wearing? Checking out the red carpet fashions with the Stickcam.com hosts. 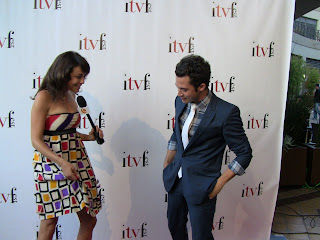 Yes, I am pretending to pose in a photo with Felicia Day where I just end up looking crazy. There she is! 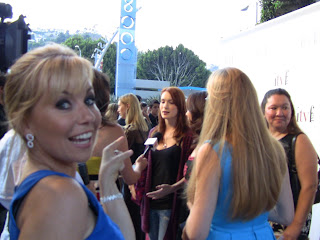 One of my favorites from the night.....no paparazzi, please! 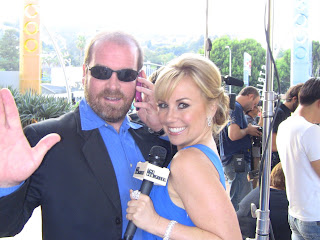 The cast and creators of Dark Room Theater, I am not sure if they look bored during my interview or just dying to hit the bar. And a big thanks to Keith Blaney, who was concerned about my level of hydration during the red carpet. 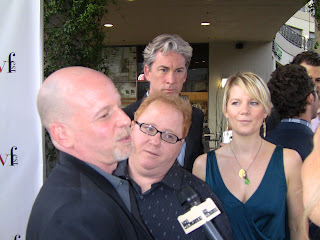 Watch out, it's the "Dangerous Women" from Strike.tv! Originally conceived as a web series, it is entered in iTVFest as a television pilot showing the versatility of the web format. The series also has a fantastic tag line, "This ain't your mother's PMS". 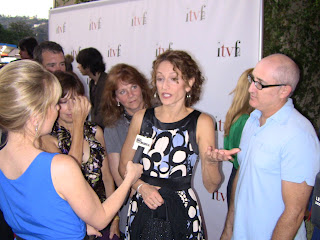 Shhhh.....worst kept secret for The Web Files. We are excited to interview this talented bunch on Monday. 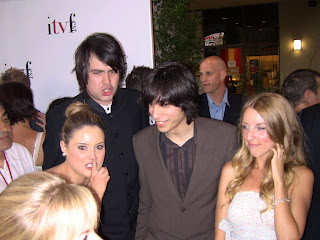 Finally, I want to give a shout-out to several of the other web series we interviewed including, "Imaginary Bitches", "2012", "Operation Midnight Climax", "Johnny B. Homeless", and "House Arrest". I didn't charge my camera, so the old batteries were exhausted by the time we got to them. We didn't forget you, look for your clips in the next episode of The Web Files on Wednesday!
For those of you who were not able to attend, here is a 30-second behind the scenes look at all of the noise and excitement: iTVFest Red Carpet