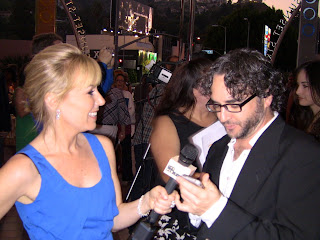 Who wouldn't be excited to interview Felicia Day and Kim Evey of "The Guild"? 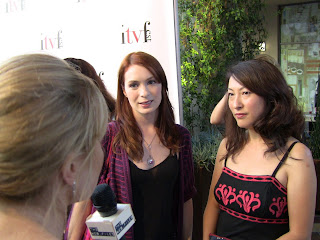 And our Monday interview for The Web Files: Cast of Oz Girl!! 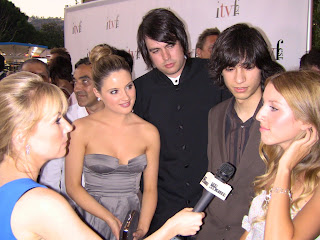 In deep conversation with Kat Steel of "Show Me Your Clips". 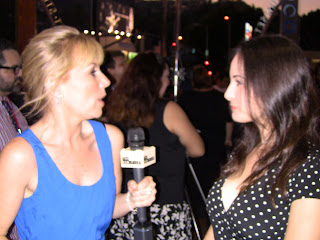 Last night on the red carpet for iTVFest was fantastic, exciting, and energizing. The day started out with Variety noting that web series and TV pilots are carrying equal weight in this year's festival. I have to say, "Web Series, you have officially arrived!" It was nice to see familiar faces like Felicia Day, Kim Evey, Ariel Lazarus (who is destined to be the new "IT" girl of web series), Stephen Leonard, Stephanie Thorpe, and Mike Davies, but it was also a great day to be introduced to newer faces in the web world.
We got more footage than we originally anticipated and I think you will see a compilation version for The Web Files and maybe some longer interviews released throughout the week. We hear you loud and clear! We know that as creators of web content you have a lot say, a lot of stories to tell, and an audience willing to listen. I hope that The Web Files becomes a place to help you tell those stories.
I am thrilled that the cast of Oz Girl agreed to sit down with us on Monday for an interview. It's not often that you get the cast and creator together, especially when they fly in from Melbourne, Australia. I am fascinated by 19-year-old creator, Nick Carlton, with one series under his belt and one on the way, I expect great things from him.

I will release photos each day from iTVFest's red carpet gala, so come on back and join me for the fun!

Posted by Kristyn Burtt at 1:31 PM