The Web Files: Behind the Scenes of Episode 3 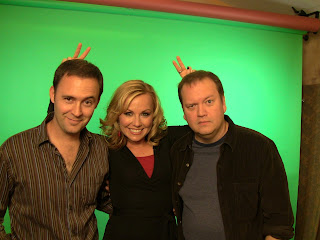 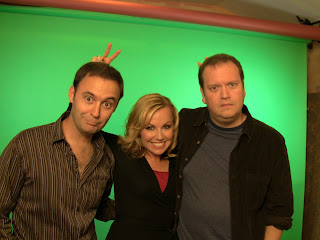 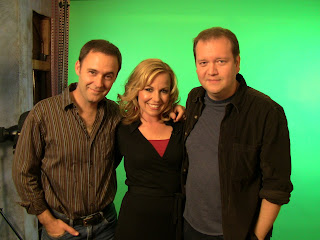 Hey Everyone,
Have you checked out Episode 3 of The Web Files yet? If you haven't, you can find it right here: Safety Geeks:SVI Interview. The finished episode is probably my favorite so far because Dave Beeler and Tom Konkle of Safety Geeks:SVI and Invention gave us a true behind the scenes look of what it is like to shoot on green screen. I was literally on standing an inch from the two of them. For those of you who are actors working on a green screen series, you are completely used to this. I, on the other hand, was not. The limited range of motion and light makes me appreciate the work of the actors and crew.
If you watch the episode you will notice the layering of composites....including two of ME! I know that is one too many KB's, but my niece at least got a kick out of it. The fantastic thing about Safety Geeks is their use of the 3D element to their green screen backgrounds. That additional dimension makes it feel truly interactive. As for my acting.....ah, don't worry, I won't try and act again, I promise.
For those of you heading down to Comic Con in San Diego this weekend, be sure to stop by and say "hi" to Dave and Tom. Hey, tell them The Web Files sent you! They are a lot of fun....maybe they will even strike a Charlie's Angels pose for you too.
As for our next episode, we will be featuring the cast and creators of Space Hospital as they film their integrated commercials. Here's your opportunity to check them out before our interview is released next Wednesday: Space Hospital
Reporting Live from Los Angeles,
kb
Posted by Kristyn Burtt at 6:51 PM