Behind the Scenes of Space Hospital 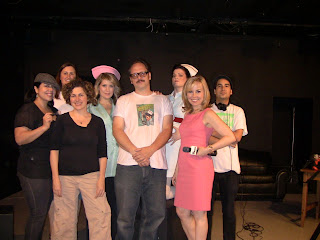 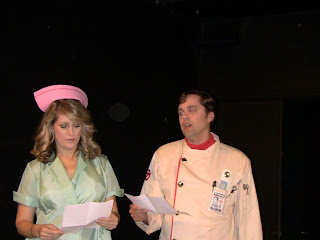 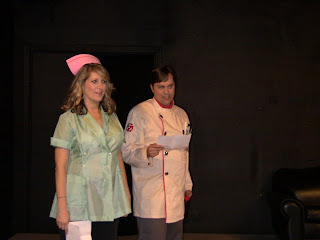 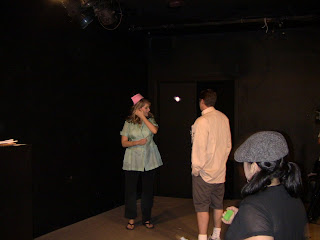 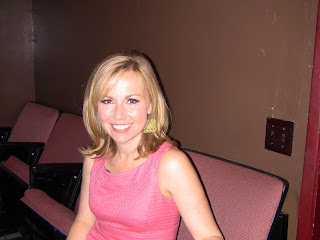 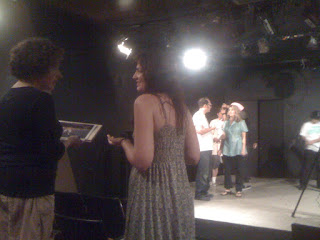 This was our first true behind the scenes look at a web series for The Web Files and also the hottest day of summer. My makeup was melting, but I had a fun interview in store for me. We actually filmed this before Safety Geeks: SVI, but we bumped the episode by a week to coordinate with Dave Beeler and Tom Konkle's appearance at Comic-Con. The cast and crew were shooting in Burbank at the Victory Theatre. It is always interesting to see how actors, directors, and producers work because each set brings its own energy and fun. I don't know how you couldn't love being on set with Lenny L. Roboticus. I kind of have a crush on the Bot who is made from Ikea parts, a salad spinner, and even has his own Facebook page. (Be warned, Lenny is quite the ladies' man....how else do you think Nurse Ratknee wound up in her delicate condition?)
This show also works with a green screen, well, actually a black screen. We filmed the opening to the show on the black background of the stage and Robert Poe, co-creator and director of Space Hospital, kindly gave us the composite of the operating room for me to work with. Oh, and I did borrow a costume for my closing of The Web Files. Little did I know, I was "expendable", I think I will have to talk to wardrobe about that issue.