The Oscars: 5 Things You Didn't Know 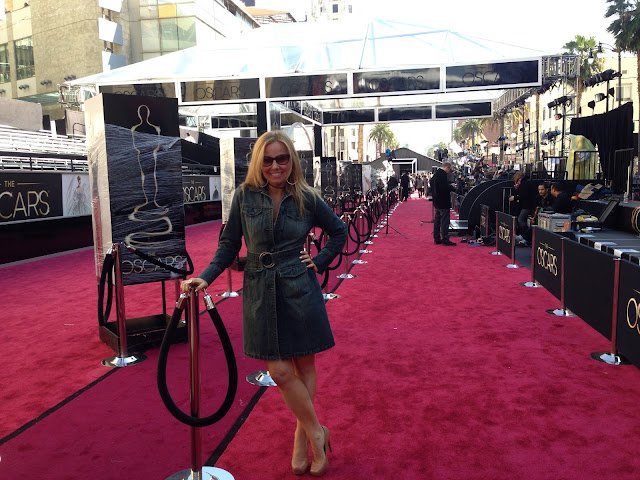 As you know, I've been around Oscar activity all week long. I've been sleuthing around trying to find a few details about the show. Here's what I dug up so far.  Remember, things could change at the last minute because there is a rehearsal tomorrow morning, but as of Saturday afternoon, this is what I heard:

1.  Barbra Streisand is performing the Marvin Hamlisch-written "The Way We Were" as a tribute to the deceased composer and all of the other artists we lost in 2012.

2. Barbra is being dressed by her longtime friend and designer, Donna Karan, who has been buzzing around the star's house getting her outfit red carpet ready.

3.  They are restaging "Cell Block Tango" from Chicago with Catherine Zeta-Jones leading the way. (One of my favorite numbers ever in a musical theatre piece.)

4.  Seth MacFarlane will be crooning at some point during the show. Rumor has it, he sounds just like Frank Sinatra.

5.  The orchestra will not be housed at the Dolby Theatre. There just wasn't enough space for them. They will be playing at the Capitol Records building down the street. (This has been confirmed by WSJ  Online.)

I also released the names of the SYTYCD kids who are performing at this year's show.

For more inside scoop on this year's show and the behind the scenes shenanigans, watch my appearance on Film Snobbery.