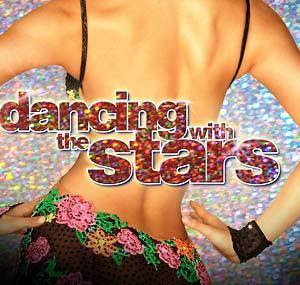 
The rumors have officially begun for Season 16 of Dancing With the Stars after the NY Post wrote an article that dished about some of the possibilities for the next season.  (If you haven't seen the article, click here.)  It talks about ABC cutting the show back to only one season per year and shaking up the judging panel.

On our last DWTS show on AfterBuzz TV and on the Spreecast fan chat, we talked a lot about changing the judges around.  It seems like Len's name came up the most to be removed from the panel and nobody wanted Paula Abdul to replace him.  It seems like the pros really want Abdul to step in, but I think it's been done....American Idol, The X Factor, and her own dance show, Live to Dance.     There are plenty of other dancers and choreographers out there that would make it interesting and bring new life and energy to the show.

As for going down to one season, it's inevitable that it would happen.  Ratings are down for dance shows, including So You Think You Can Dance, which just means that the peak of the dance craze has already happened and some viewers are fatigued by the format. I think also having other talent shows on the air all year long, from X Factor to The Voice to America's Got Talent, makes us all tired of these types of shows, no matter how entertaining they are. There is just so many of them.

The other interesting tidbit that was thrown out was the name Emily Maynard as a possible contestant.  The former Bachelorette has enjoyed her time in the spotlight and the tabloids have been covering her possible move to LA, so I think we will see her on the next season.  Other names that have been bandied about include:  Christie Brinkley, Danica McKellar (The Wonder Years), Dominique Moceanu, Gabby Douglas, Jordyn Wieber, Aly Raisman, and several cast members from General Hospital.

So, here are two questions for you, my friends:

2.  Do you want to see them change the judges' panel?  Who would you replace?

I will also be doing a Spreecast with one of the names I mentioned in this article in the next few weeks, so follow me on Twitter or Facebook for the big announcement.

Finally, here's wishing good health on the road to recovery for Brooke Burke-Charvet who underwent thyroid surgery earlier this week.

Many thanks to Kristin Hope for sending me the NY Post article yesterday.

Posted by Kristyn Burtt at 9:03 AM