Derek Hough: Your Thoughts On The BuddyTV Article 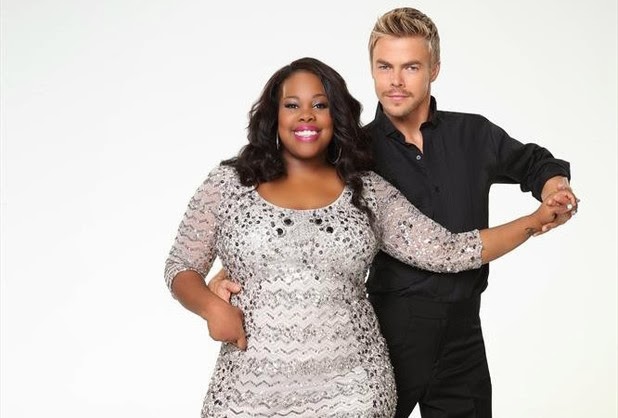 Yesterday, I was forwarded an article (Thanks, Catherine!) from BuddyTV entitled "Should Derek Hough Retire from 'Dancing with the Stars'?" Let's be honest, this author knew that a controversial article would draw a ton of attention and comments. I wanted to hear what the Twitter audience had to say and I was surprised that many of his fans wanted him to go on to bigger things.

The one quote that stood out to me was, "The point is that Derek has become bigger than the show…" I purposely cut out the second half of that quote which was "...and it seems like an unfair advantage" because when has DWTS ever been fair? Never. I actually agree with the first half of the quote because he is bigger than the show in many ways…popularity, talent and an Emmy win. This season his star wattage does seem bigger than the ABC show.

Many of you told me that you thought it should be his choice to stay or go, but I think argument is a moot point. Derek is welcome on the show as long as he wants to stay and ABC wants (needs?) him to stay on the show.

A part of me would like Derek to go on to bigger things while keeping a presence on the show. I think of SYTYCD's Spencer Liff. He has a great career outside of the FOX dance show, but he still comes back to choreograph numbers for the contestants. He is currently the choreographer for the revival of Hedwig and the Angry Inch that's headed to Broadway with Neil Patrick Harris and he's NPH's go-to guy for awards shows and dance pieces on How I Met Your Mother. I would love to see Derek choreographing a Broadway show or film, but somehow come back to mount opening numbers or artist performance pieces on DWTS.

On the flip side, fans wouldn't get to see him dance each and every week with a celebrity partner and that's the draw to many viewers who watch the show. If Derek isn't on, DWTS loses a bit of its magic. Even with Val, Karina and other longtime pros bringing their fans to the table, ABC probably wants to hang onto Derek for as long as possible.

I thought I would share with you some (There were a ton!) of the responses that resonated with me on Twitter. Do you agree? Let me know in the comments below:


@KristynBurtt I never think it is a good idea for someone to leave a good situation, maybe he'll do better maybe he'll fade away. I'd stay.
— Mathieas (@Mathieas) November 7, 2013

@KristynBurtt @allisgood4ever If he has other offers he should do them if he wants but come back in between if the schedule works.
— Perri Parks (@perriparks) November 7, 2013

@KristynBurtt yeah Derek Hough has won a lot, I think after this season he should retire whether he wins or not he should do other things.
— John Walker (@Walkerjoh) November 7, 2013

@KristynBurtt I certainly hope not. His choreo is always amazing and he's a great partner.
— Matty (@LilMatt9889) November 7, 2013

Posted by Kristyn Burtt at 8:25 AM