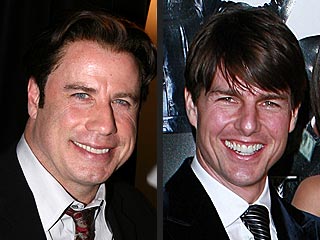 If you thought you knew everything you needed to know about Scientology, think again.  With the current controversies surrounding two of its high profile members, John Travolta and Tom Cruise, this is going be a summer blanketed with "insiders" who want to give us a glimpse into the world of Scientology.  The "religion" was original designed as a philosophy by L. Ron Hubbard. Somewhere along the way, this movement turned into a religion that does not make a lot of sense to outsiders with such revered figures like Xenu and Thetans. (Trust me, read the descriptions on the characters.  It will baffle you.)  Scientology is controversial and it should be as there are legions of allegations regarding violence, stalking, threats, and even death.  The church is powerful and it relies upon its celebrity members to bring in millions of dollars to keep the momentum going.  Here are a few interesting facts about Scientology that you might not have known before.

1.  Scientology and the IRS waged a twenty-six year court battle over their tax exemption status.  They regained their nonprofit tax exempt status in 1993, thanks to the Clinton Administration.  Since then, their coffers have exploded and their real estate portfolio has expanded.

2.  The group owns about $300 million worth of historic Hollywood buildings. These twenty-six buildings (The number so far, I imagine this number will grow.) are preserved and maintained, so the city of Los Angeles is a big fan of their efforts.

3.  Like most religions, members are expected to give 10% of their earnings to the church.  Of course, their members include high profile celebrities like John Travolta, Tom Cruise, Kelly Preston, Erika Christensen, Anne Archer, Giovanni Ribisi, Greta Van Susteren, Jason Lee, Jenna Elfman, Jeffrey Tambor, Kirstie Alley, Leah Remini, Lisa Marie Presley (Left the Church in 2012), Nancy Cartwright (AKA Bart Simpson), and Isaac Hayes. (And depending on who you talk to, Will Smith has some ties to the Church.) 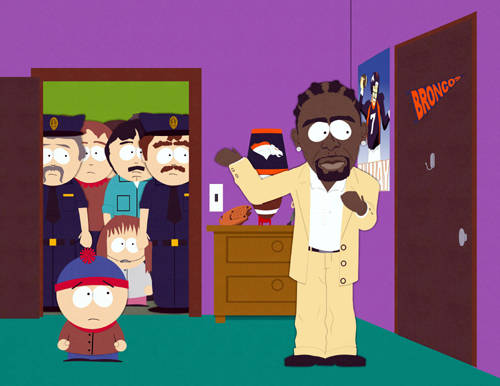 4.  Isaac Hayes quit his role on South Park thanks to this infamous episode, "Trapped In the Closet", which hilariously spoofed the rumors that Tom Cruise and John Travolta are in the closet.  I personally find Tom Cruise rather asexual, but the John Travolta rumors are proving to be uhhhhh....."possibly" true given the latest round of sexual harassment lawsuits.  I say latest round because this is not the first time this has happened.  If you haven't seen the brilliant South Park episode by Trey Parker and Matt Stone, watch it here. (And read about the rebroadcast controversy here.  It seems that the Church put a little muscle behind delaying a second airing on Comedy Central.  The Mormons have handled their Broadway spoof way better than the Scientologists.)


5.  There seems to be a dark side to Scientology that is oft repeated by members who have left the Church.  The websites offer suggestions on how to leave the Church or tell stories of kids raised in the Church or offer spooky stories about missing members including the wife of David Miscavige, head of the Church of Scientology. (See Shelly Miscavige.  She's been missing since 2007 or by some reports, 2006.)


What are your thoughts on the Church of Scientology?  Is it a religion?  Is it a cult?  Are the celebrities being used for their public status and wealth?  I would love to hear your thoughts!

Disclaimer:  Let's see....I'm not promoting nor defaming Scientology.  I was raised Catholic and although my status probably falls in the "lapsed Catholic" category, I still identify myself as such.  This is just a healthy discussion on Hollywood and a controversial religion.  I think that covers it, right?

Posted by Kristyn Burtt at 8:46 AM