A few weeks ago, I was invited to the press preview panel for the 5th Annual ITVFest to give members of the media some highlights of the series participating in the festival.  It was an excellent opportunity to see where TV pilots and web series in general are heading, especially since 70% of the entries are web series this year.  Last year, the big talk was the fact that web series was carrying equal weight to TV pilots.  My, how things have changed in twelve months. 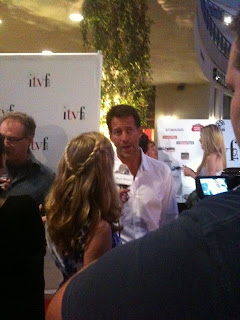 
You will notice a few Web Files veterans on the list:  A Good Knight's Quest, SOLO the Series, Squatters, Odd Jobs, The Fall of Kaden, GOLD, and Olga Kay's Circus.  I feel good that we have presented quality shows on The Web Files and they are reaching an even greater audience with the festival.  If you are attending the festival, be on the lookout for some higher profile pilots like Twenty Six Miles featuring the wildly talented, grossly underused, John Schneider as well as Jeffrey Tambor, George Segal, and James Denton.  Another standout to watch is 15 Minutes which gives a behind the scenes look at the world of Hollywood PR.  Creator, Bobby Salomon, mentioned on the panel that he was told by naysayers that, "No one wants to do a show about Hollywood."  Oh really, I beg to differ.  Look for the pilot that features another personal favorite, Allison LaPlaca and John Larroquette.  Finally, don't underestimate the animation category with ITVFest favorite, Stephen Leonard, and his series, Time Traveling Finger.  It's his third year here and given the super secret news he passed along to me at the Gala last night, this won't be the last you see his work. 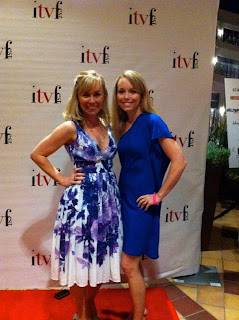 Me and Melody Freeman on the red carpet last night.


I will be back with all of the coverage and photos from last night's red carpet gala with Mingle Media TV soon, so come back and visit Red Carpet Closet.  Be sure to check out the schedule below (double click to zoom in.) and get out there and support independent TV and web series.  Congratulations to all of the creators! 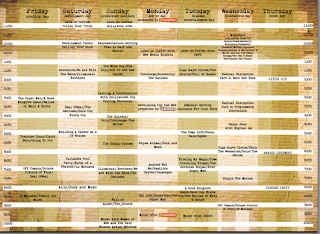 Posted by Kristyn Burtt at 1:29 PM