Behind the Scenes of The Web Files Buzz, Episode 2 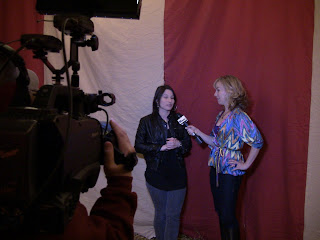 Episode 2 of The Web Files Buzz is here and it's colorful, fun, and fast-paced.  We started out with our very first active set visit.  With all of the episodes we have shot, it amazes me that it took us about 33 episodes to make that happen.  Now, my work schedule is a bit ridiculous right now, so I know that was a bit challenging for other shows that have tried to make it happen.  With the Circus set, the stars aligned and I was in town for more than 24 hours. 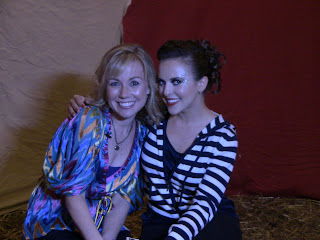 We hit the set at Panavision Studios on Day 2 of shooting and it was everything I anticipated it to be:  bright, busy, shiny, noisy, and energetic.  Heck, it even smelled like a circus with all of the hay splayed about on the floor of the Circus set.  We were able to grab the interview on the set with Andrea Ball, the director and producer.  Andrea is well known in the new media circles and I have tremendous admiration for the what she accomplished with this project.  Along with Sarah Evershed and Olga Kay, you've got three fantastic, strong, smart, and young women under the age of 30 taking charge of their careers with an ambitious, interactive project for YouTube.  Can you tell I am impressed? 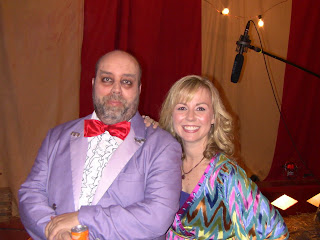 Of course, I cannot leave out the Ringmaster, David Lawrence XVII.  I loved that he offered to audition for the role.  I would have killed to have listened in on that phone call.  I imagine Andrea didn't even think twice about casting him.  David also let us in on some of the SAG new media news.  We are working on a future episode to address the unions' role in New Media, so feel free to suggest any particular topics or questions you want us to address in the comment section below. 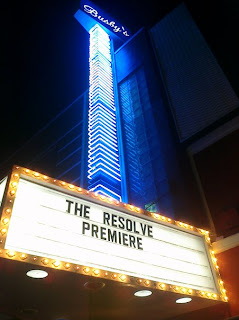 The second half of the show focused on The Resolve web series premiere at the new media favorite fiesta site, Busby's.  Wow, I think there were over 300 attendees there to check out Russ Cootey's production.  Impressive numbers and a busy red carpet--maybe a little too busy as we had to dodge actors walking into our shots and other media outlets, but Russ should be proud that The Resolve drew such a crowd.  This episode convinced me that it's important for The Web Files to reach outside of the familiar faces of web series and take the opportunity to feature other shows that are making their mark.  Russ kept us in the loop for several months, so I was aware of the show, production, and the eventual red carpet.  Keep on sending those emails to us.  I know Sandra and I both read them and I take notes on specific series.  Along the way, I have learned that timing is always a key component to making decisions as to when and how we shoot certain shows.  If I ever reply to your email with questions about premieres, finales, distribution dates, exciting news, etc, you will understand why.  We want your episode of The Web Files to succeed as timing can make all of the difference and having those dates handy for us is really important. 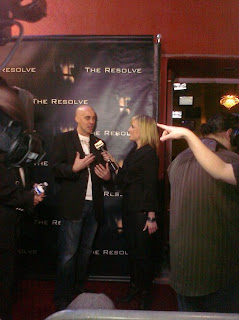 Finally, I have to thank Blip.tv for their continued support of The Web Files.  Week after week, they find a way to feature our show on the home page.  They are always available to answer our tech questions and I think their player is one of the best in the business.  So, thank you for letting us be a part of the Blip family.

Photos 4 and 5 courtesy of Melissa Anchondo.
Posted by Kristyn Burtt at 11:02 PM