Behind the Scenes of FOX Television Studios' 15 Gigs 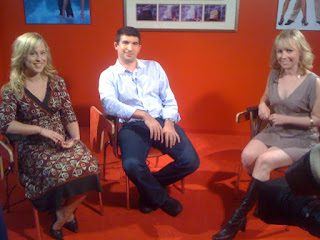 Well, the big day finally arrived and The Web Files was officially allowed into a studio executive's office. I was a bit nervous for this interview because it's FOX, Gabe Marano and Ilsa Berg are important studio executives, and this is a big opportunity for The Web Files to showcase all aspects of the Web TV world. Little did I know that they were a bit nervous too. I don't think twice about sitting in front of a camera and talking endlessly, but I forget that it isn't as comfortable for everyone. Ilsa and Gabe might be creating and making deals throughout the TV and digital world, but they don't often find themselves with the camera turned around and focused on them. Fortunately, they gave a fantastic interview and gave us some of the most solid advice yet. 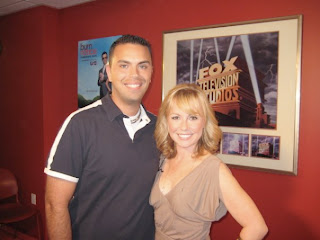 Gabriel del Rio, publicist for Bender/Helper Impact, and I after the interview.

We utilized a conference room at FOX Television Studios' office. I felt like I was back in school with the chairs that had the swiveling desktops. Time to take the SATs again? Nope, time to dig in and find out how the studios see the digital world.

15 Gigs opened earlier this year to little fanfare. I thought it was a subtle way for FOX to ease their way into the digital world because of the high profile closures of other web studios in the past year. Even without all of the hoopla, I have to say I was shocked at Gabe and Ilsa's answers to some of my questions. I expected them to say that they are having an easier time than the independent web series creator, but the industry just isn't that easy or simple. They are hit with the same challenges as all of you....finding an audience, marketing their show, and creating content that is both interactive and compelling. While they don't seem to have the same budgetary constraints as an independent web creator, their web series have considerably smaller budgets than a cable or network show. 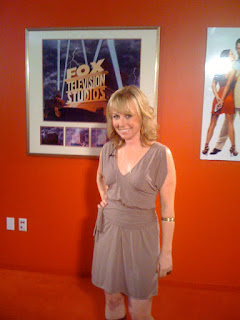 I was so glad we were able to bring this show to everyone because it is crucial for all of us to understand their perspective. 15 Gigs is open to new content and they gave some great ideas of what they are looking for in their portfolio, so really listen to the interview and gauge whether you have a show for them. They are also approachable and looking for new talent to develop like Jeremy Redleaf of Odd Jobs. Take your web series and enter it into one of the growing television festivals: iTVFest or NY Television Festival. The other factor that is continually being hit on is interactivity. How can your fans participate in a larger world that you create for your show? Can they interact with the cast? Are there other ways to utilize your show to create more platforms and websites? These are all great questions that Gabe and Ilsa answered for our Web Files interview, so go out there and watch Episode 19.

Finally, a huge thanks to Gabriel del Rio of Bender/Helper Impact. Not only is he one of the most organized and prepared publicists in the web world, he is also one of the kindest. Thank you for making this all a reality for us, Gabriel. We appreciate it and look forward to working with you again soon!

Posted by Kristyn Burtt at 7:30 PM