The Web Files in the News: October 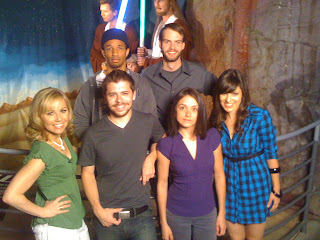 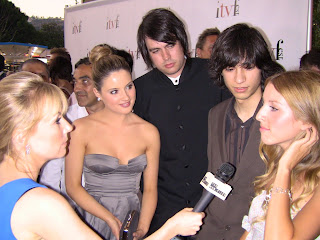 There has been some fantastic news in the web series world and we are so excited by the leaps and bounds content producers are making in the industry. It thrills me when I hear that shows we have interviewed are gaining the recognition they deserve. So, we are happy to throw our continued support to:
1. The cast and creators of The Crew for not only launching Season 2 yesterday, but for securing an exclusive deal with Babelgum.. I truly appreciate this cast and the show's creator, Brett Register, because they were one of our first interviews when we were launching The Web Files. Be sure to check out our interview with them and our behind the scenes look: Interview and Behind the Scenes.
2. More good news abounds with the cast of Oz Girl. Nick Carlton just inked a distribution deal with Virgin's V Australia as a part of their on-demand in-flight entertainment for Oz Girl. Nick also launched his own digital media/entertainment studio in Melbourne called
Carlton Digital. This 19-year-old truly is a forced to be reckoned with. You can find our Web Files interview here and the behind the scenes of the shoot here. Many thanks to Marc Hustvedt at Tubefilter for linking to our interview in his feature piece on Nick's breaking news:
Tubefilter.
3. One of my favorite people, Mathieas McNaughton, continues to be one of our greatest champions. He featured our episode with the amazing Tim Street on his blog:
LG15 Today.
4. Finally, a new friend to The Web Files is Larry Kless who kindly picked our Tim Street interview as his "Web Video Pick of the Week". I think Tim's interview has resonated with many web series producers and new media creators, so I am thrilled that this episode of The Web Files is gaining attention. Thanks, Larry. Check out the article here: Kless Blog.
Thank you for all of your support. We will continue to bring you the latest in-depth interviews with established and up-and-coming talent in the web series world. Get ready for Wednesday, we have Hayden Black with his upcoming series, The Cabonauts!
Posted by Kristyn Burtt at 7:00 AM