DWTS: An Update On Pro/Troupe Notifications 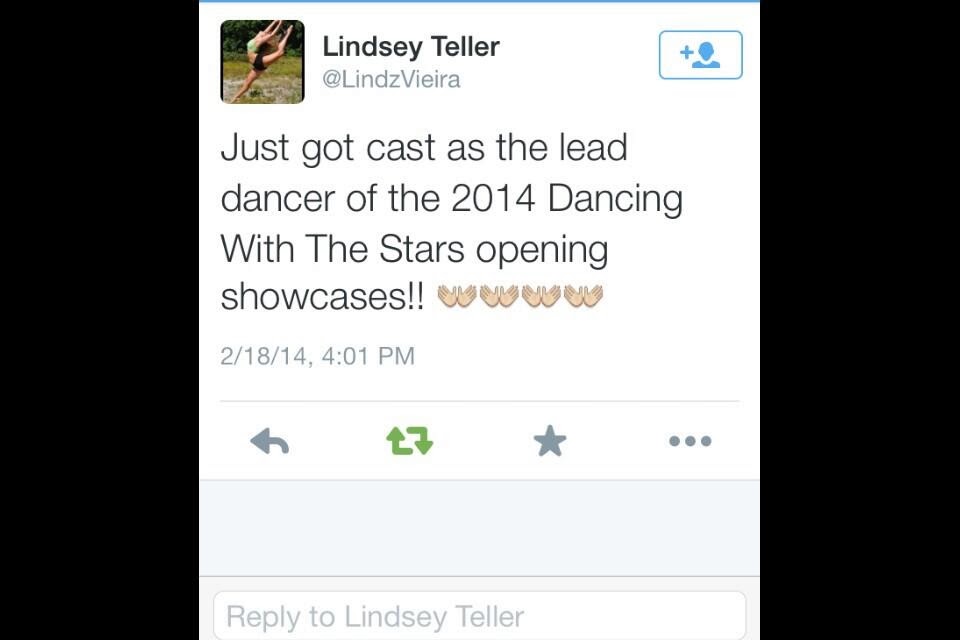 Oh, how one tweet sends everyone into a frenzy. Lindsey Teller learned today how passionate DWTS fans are and how everyone is looking for clues and information about Season 18. I tried to get more info from Lindsey after I sent her a DM via Twitter, but I haven't received a response yet.

So I decided to go to a few other sources and I received some interesting news. Two sources have said that no one has been confirmed nor notified as of yet. I was met with "nothing yet"quotes and "no one is confirmed or decided yet, no one."

I'm thinking Lindsey might be a part of a promo for DWTS or a big opening number for the season premiere, but as of right now…she's not in the troupe. One source had no idea who she was, so that doesn't bode well for a new troupe member. Remember last season with the Tyne Stecklein news, she was familiar to the DWTS cast and she has incredible credits in the industry. I didn't find much on Lindsey.

UPDATE: Post and they will come…just heard from two other sources and the cast is hearing next week for both pros and troupe.

I'm working on a few other leads regarding DWTS news, so stay tuned.

If you have any DWTS info, feel free to contact me here. Anonymity guaranteed.

Posted by Kristyn Burtt at 5:30 PM