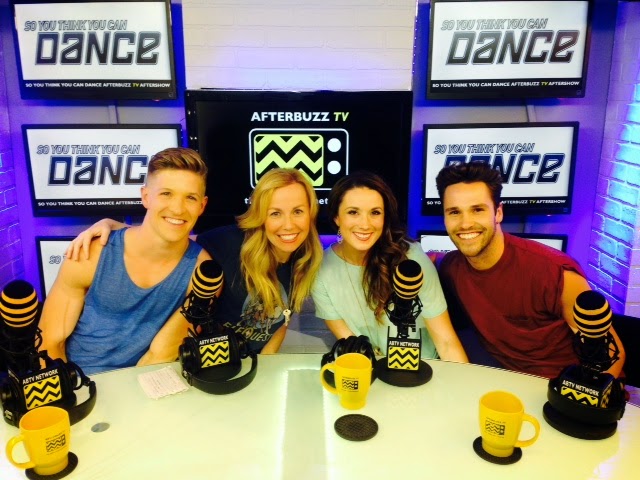 We can never predict what a guest is going to be like the first time they come into the studio. What a great pair we got with Jaimie Goodwin and Nick Lazzarini. I have really wanted more of the earlier season contestants on our show because SYTYCD Season 1 is far different from SYTYCD Season 11.  Nick received a penthouse rental as a prize, but he took the money and ran…and invested it. Very smart!

I also asked Jaimie about working on Derek Hough's Emmy Award-winning piece "Walking on Air" and we got the answer of a lifetime. Glad she has recovered. Ouch!

This was Jake DuPree's last episode of the season with us, but he will be returning to DWTS in October. We will have a fill-in guest until he returns on DWTS.

Next week's guest is a longtime friend to our AfterBuzz TV show, Courtney Galiano. See you all next week!