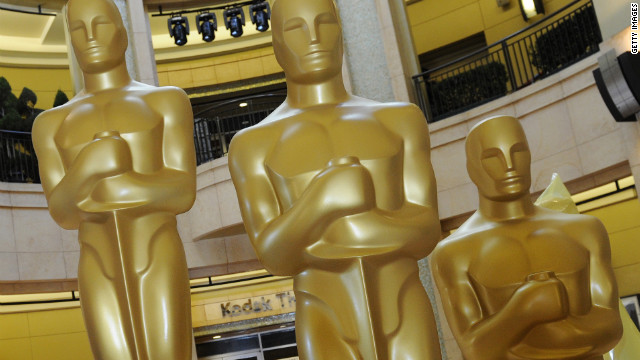 When the news broke yesterday that Amy Poehler and Tina Fey were co-hosting the 2013 Golden Globes Awards, my iPhone blew up with text messages like, "Tina and Amy are trump cards for sure...trying to regain thunder after noms announcement before show."  Now, some of this may seem like a bunch of code and gibberish to you, but the underlying message is:  Award shows still matter.

To give you a bit of background on this, the tiff between the Golden Globes began awhile back as the Globes started becoming a serious predictor of the winners for the Academy Awards.  The Oscar nominations happened after the Globes show and no one likes to share the same stage. So, this year, in a last minute trump move, The Academy announced that the nominations would occur 3 days before the Golden Globes show.  Talk about stealing a little thunder, the Academy ran away with it.

In recent years, the two shows have battled for a bit of attention since the Oscars are all about prestige while the Globes are all about alcohol and fun.  No one wants to be the old dinosaur, and the Academy has fought that image, yet still gone with a tradition show each and every year.  To change that image, the executive producers of this year's show, Craig Zadan and Neil Meron, invited The Family Guy's Seth McFarlane to host the show.  This is the closest to the changing of the guard we have seen in decades.  Whether he succeeds or not, someone finally thought outside of the box when it came to the show.

Well, how does the Globes challenge that casting?  They've had a wicked Ricky Gervais (One of my favorite hosts ever for just making fun of Hollywood and telling it like it is.) to drum up controversy and throw out scorching one-liners to Hollywood for the last two years.  It was time to find someone just as witty, but smart and sexy.....bring on Amy Poehler and Tina Fey, two women in comedy at the top of their game.  The move was brilliant, calculated, and brought more excitement on my Twitter feed for a host than I've seen ever.  The Globes trumped the Oscars once again.

So if you think these shows don't count, don't matter, or are a waste of time, think again.  They bring in money to the box office, they send award show execs into their back offices to rethink strategies, and the announcement of a fresh, exciting host sends their name to the top of a Twitter trending topics list.  You can make fun of the shows all you want, but I bet most of you will catch the red carpet, watch the opening monologue, or click over to YouTube to catch a glimpse of what you missed the night before.

Posted by Kristyn Burtt at 9:50 AM