Behind the Scenes of The Web Files Buzz, Episode 1 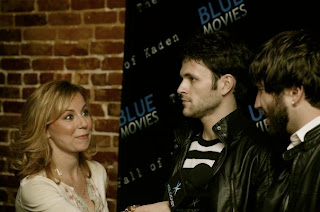 Yes, we brought you something different this week, the inaugural episode of The Web Files Buzz. Sandra and I have been toying with this idea for awhile, but it took some time to figure out how we wanted to execute the episode. I have received a lot of questions about this format: Is this the new format of the show? Is the old format gone? The answer is "sometimes" and "no". We will do a Buzz show every few weeks to mix it up in between our longer, more formal interviews. As the web space grows, we have to grow. Viewers want us to get in depth with their favorite shows, but we do not want to forget those shows that are up and coming. So, I think the new format serves an important purpose. We had a lot of fun shooting these shorter segments and I think delivered an action packed episode. 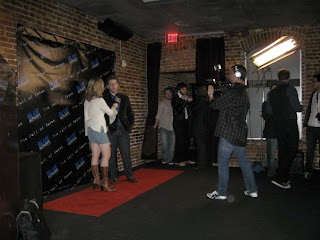 We kicked it off with the IAWTV "For Your Consideration" Screening of The Fall of Kaden and Blue Movies, both Koldcast TV web series. I did an in depth piece on the evening which can be read here: Fall of Kaden/Blue Movies. I haven't seen the Koldcast footage yet, but hopefully, it will be released soon. The Koldcast shoot talked more about the fantastic idea to hold a IAWTV screening and it is a format now being wisely copied by others before the Streamy ballots are due. I think it will also give web series creators, Adam Leiphart and Matt Double (Fall of Kaden) and Scott Brown (Blue Movies) even more deserved face time with the IAWTV voters. 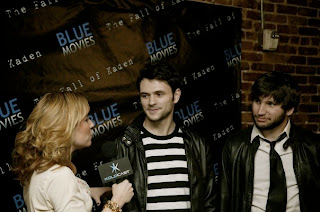 Our second segment featured one of my favorite web series stars, Brittney Powell, of Safety Geeks: SVI. We caught her in between an appearance at the Xena convention on a Saturday afternoon. If you didn't know, Brittney has quite an impressive resumé as she played Brunnhilda on the series amongst other high profile roles. Xena has a strong female following, so while we didn't shoot inside the convention, there were a lot of women running around the lobby of the LAX Marriott trying to get a glimpse of Brittney. Popular girl! Anyway, I wanted to discuss the Safety Geeks: SVI calendar since it's a great way to think outside of the box in terms of marketing their web series. The cheeky pin-up girl theme also brings Tom Konkle and Dave Beeler along for the fun. Check out the cast's calendar at Amazon: Safety Geeks Calendar. 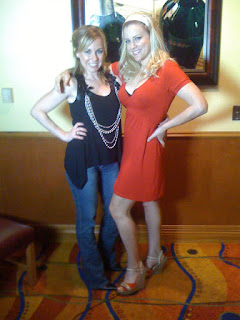 Finally, we rounded out the episode with a visit to Jonathan Nail on the set of his upcoming show, SOLO the Series. The set was built inside his garage and we had a chance to climb inside to take a closer look. Jonathan's show has created a lot of buzz over Twitter and I am glad we were able to see what those 140 characters were all about. He also showed me the pilot after the shoot, so get ready for a comedic, sci-fi ride sometime in 2010. 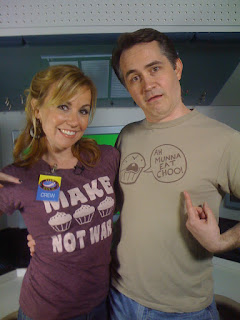 It was a day for cupcake shirts and many of you asked where you could purchase my shirt after I posted the photo on Twitter. Well, it was purchased at the Union Square Christmas fair in NY by a friend of mine. She tried to track down the designer, but we were not able to find her. However, you can find similar cupcake shirts online, just google "Make cupcakes, not war". I also took a close-up photo of my crew badge. Jonathan made me an honorary crew member of Team SOLO. Let's just hope I don't get stuck in space like he did. 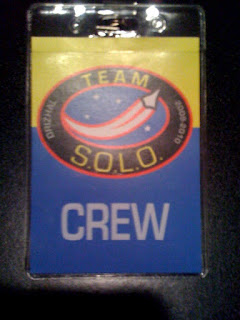 Be sure to check out our first episode of The Web Files Buzz here: Episode 1. It is our fastest rising show to date, so we appreciate your views and feedback. On Wednesday, we go back to our usual format with an interview with Epic Fu creators and the 2009 Streamys winners for Best Hosted Web Series, Zadi Diaz and Steve Woolf.
Red carpet photos courtesy of Bernie Su of Compulsions.
Posted by Kristyn Burtt at 12:15 AM